TRUMP HAS NO EXCUSE FOR NOT MEETING DALAI LAMA

BEIJING (Reuters) – Foreign leaders can’t think they can get away with meeting exiled Tibetan spiritual leader the Dalai Lama just because they are doing it in a personal capacity, as they still represent their government, a senior Chinese official said on Saturday.

The 14th Dalai Lama won in 1989 for “his struggle for the liberation of Tibet” as well as his consistent opposition to the use of violence. REUTERS/Yuan Jia-hung

China considers the Dalai Lama, who fled into exile in India in 1959 after a failed uprising against Chinese rule, to be a dangerous separatist. The Nobel Peace Prize winning monk says he simply seeks genuine autonomy for his Himalayan homeland.

Visits by the Dalai Lama to foreign countries infuriate China, and fewer and fewer national leaders are willing to meet him, fearing the consequences of Chinese anger, though some have tried to placate Beijing by saying they are meeting him in a personal not official capacity.

Zhang Yijiong, who heads the Communist Party’s Tibet working group, told reporters on the sidelines of a party congress that there could be no excuses to meeting the Dalai Lama.

“Although some people say, the Dalai is a religious figure, our government didn’t put in an appearance, it was just individual officials, this is incorrect,” said Zhang, who is also a vice minister at the United Front Work Department, which has led failed talks with the Dalai Lama’s representatives.

“Officials, in their capacity as officials, attending all foreign-related activities represent their governments. So I hope governments around the world speak and act with caution and give full consideration their friendship with China and their respect for China’s sovereignty,” he added.

China took control of Tibet in 1950 in what it calls a “peaceful liberation” and has piled pressure on foreign governments to shun the Dalai Lama, using economic means to punish those who allow him in.

China strongly denies accusations of rights abuses in Tibet, saying its rule has brought prosperity to what was a remote and backward region, and that it fully respects the religious and cultural rights of the Tibetan people.

China also insists that Tibet in an integral part of its territory and has been for centuries.

Zhang, who worked in Tibet from 2006-2010 as a deputy Communist Party boss, said that Tibetan Buddhism was a special religion “born in our ancient China”.

“It’s a Chinese religion. It didn’t come in from the outside,” he said. 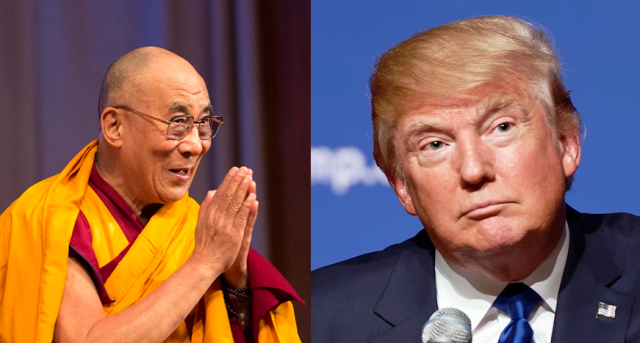