XI JINPING vs SENIOR ALIEN – BOTH HAVE NO RETIREMENT PLANS 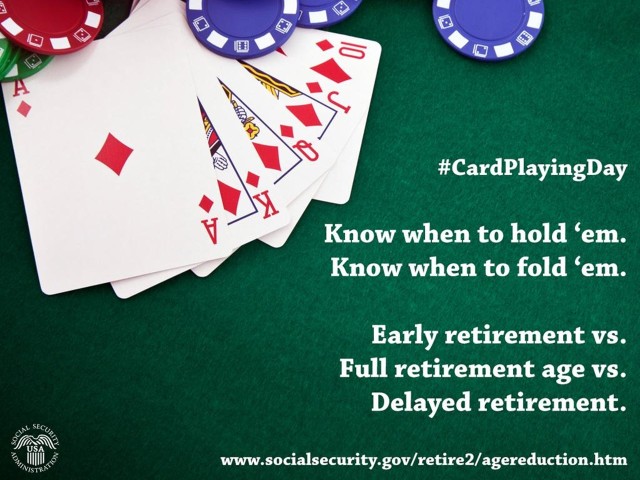 However, Senior Alien enjoys Freedom of Speech to oppose “Xi Thought” with his promise of ‘Heavenly Strike’ on The Evil Red Empire. 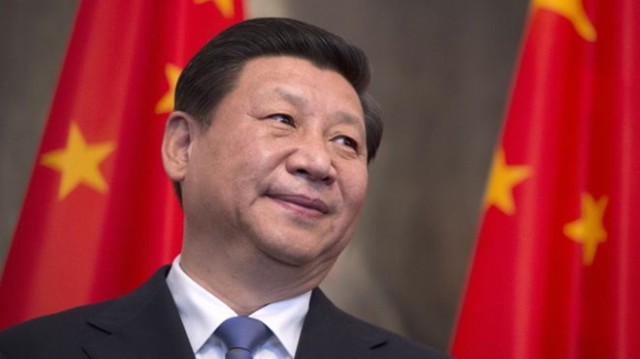 China’s new leadership line-up was the last scene to play in the carefully scripted drama of the Communist Party Congress. Yet again Xi Jinping defied convention.

Halfway through one Party chief’s decade in power, a leader-in-waiting would normally appear in a red carpet ceremony at the Great Hall of the People.

Breaking the mould on the succession, as with so much else, is part of the Chinese president’s New Era, as he has termed it.

But don’t imagine that now the Congress is over, you can forget about Mr. Xi’s New Era.

In the clash of political civilizations, he has put China on the offensive.

In his three-and-a-half hour speech to Congress, he set out a vision not just for the five years ahead but for 30, and talked of a socialist model which provides, “a new option for other countries and nations who want to speed up their development while preserving their independence”.

At home China is already a surveillance state accelerating its ability to listen to every call and track every face, online posting, movement and purchase. Expect it now to export not just the governance model but the cyber weapons to make that work. 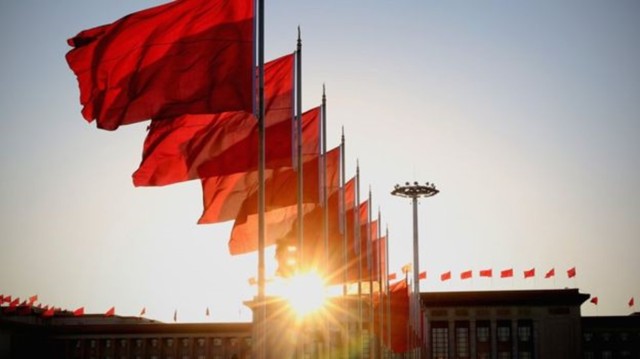 Image copyright Getty Images Image caption Mr. Xi wants China’s socialism to be a model for others to follow

Gone is the insistence that China must hide its light under a bushel and be a modest player abroad. Mr. Xi told Congress that China must be a “great power” with a first class military “built to fight”.

Over the past four decades China has built a market economy under a one party state. Now Mr. Xi hopes to correct its flaws to deliver his citizens a better quality of life.

He dreams of an innovative powerhouse driven by well-educated citizens with unshakeable faith in the superiority of their system. His speech to Congress promised more control of the internet to “oppose and resist the whole range of erroneous viewpoints”.

But he hopes to win the battle for hearts and minds even earlier and his education minister said schoolchildren would soon begin to study “‘Xi Thought'”.

The full slogan is “Xi Jinping Thought on Socialism with Chinese Characteristics for a New Era”. Behind the rhetoric, this means an enormous centralization of power for Xi and his Party over China’s economy and society.

Official media have dwelled on the “lies” of western democracy and the failures of capitalism, a system “swamped by crisis and chaos”. In the words of one commentary by state news agency Xinhua, “The wealth gap widens, the working class suffers, and the society remains divided”.

In absolute GDP, the United States may still be the world’s largest economy, but President Trump has withdrawn American leadership on free trade and climate change and Xi’s China has neatly stepped into the gap.

Mr. Xi talks about guiding the international community “towards a more just and rational new world order”. The latest Pew opinion survey across 37 countries suggests more people now trust the Chinese leader to do the right thing than the American one.

On its current trajectory, the Chinese economy will overtake the US sometime in the next decade to become the world’s largest.

Critics dismiss the challenge of the China model, predicting that rigid politics will cramp innovation and growth will succumb to market distortions. Certainly most countries that make it to the world’s rich club go democratic first. 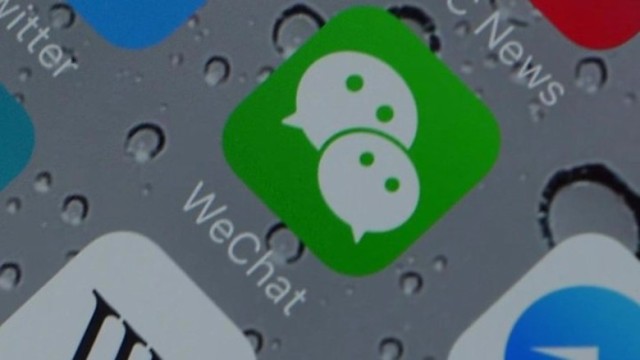 But China has always seen itself as exceptional by virtue of its scale, its history and its culture. Xi Jinping says China’s road to a great nation will be “different from that of traditional great powers”. He is no keener to adopt what he sees as American values than the US is to adopt Chinese ones.

Several things follow from this control mission. Firstly, the values of liberal democracy are by definition the enemy. The appeal of free media, independent judiciary and pluralistic civil society are discredited wherever possible. In fact, since Mr. Xi came to power, public discussion of these values has become taboo in China.

By contrast, Mr. Xi is expanding his formal and informal control network through Communist Party cells. They now operate not just in domestic companies but in more than two thirds of foreign invested ones on Chinese soil. All foreign economic engagement in China is increasingly on the Party’s terms, permitted only in sectors and at a pace which is designed to meet China’s interests rather than those of its trading partners.

And for those partners, the debate over how to respond is likely to become more polarized in this New Era.

Mr. Xi’s admirers will insist that China’s ruling party deserves credit for pulling many millions of its citizens out of poverty and point out that at nearly 7% Chinese growth is one of the engines of the global economy. 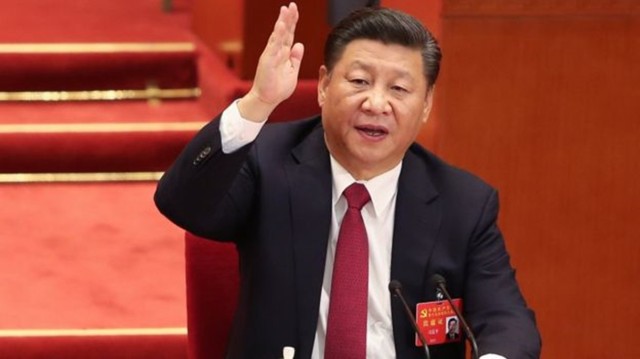 His detractors will argue that his Party deserves little credit for an economic miracle won by the hard work and ingenuity of the Chinese people despite its rulers rather than because of them. Some will even point to the rise of Hitler and Stalin as lessons in the cost of not confronting dictatorships.

Four trillion dollars in foreign reserves, and control over the fastest growing consumer market in the world, give Xi Jinping powerful weapons to influence this debate.

Even as the Communist Party unveiled its new leadership on Wednesday, it excluded several major western news organizations from the ceremony.

Officially no reason was given for barring the BBC, Financial Times, Economist, New York Times and Guardian, but unofficially journalists were told that their reporting was to blame. Another sign of Xi’s determination to control the message at home and abroad.

As Mr. Xi declares China ready “to move towards center stage in the world”, it’s not clear whether his mission to control will help or hinder him.

For his public the slogan of the moment is not “Xi Jinping Thought on Socialism with Chinese Characteristics For a New Era”. It is the far simpler “awesome China” in red and gold on banners, bicycle wheels and social media posts.

Few would deny that China is awesome. But exactly how is in the eye of the beholder. For many Chinese patriots, “awesome China” signals pride. For many outsiders it means admiration. But for others there’s an undercurrent of ambivalence and even fear.

The only certainty is that none will be untouched by China in Mr. Xi’s New Era. 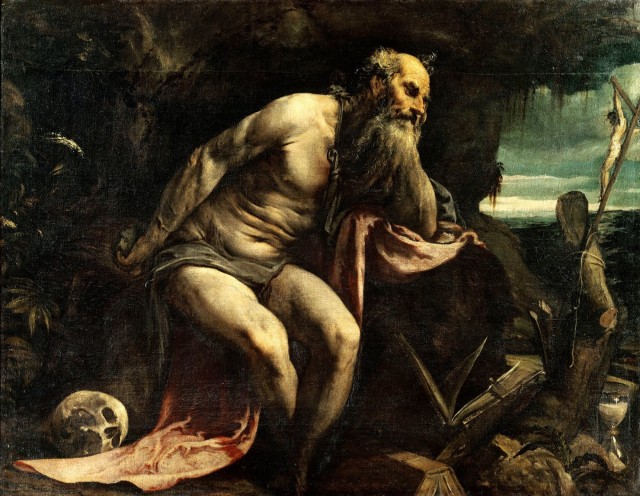