RED CHINA BLAZING A NEW TRAIL OF COLONIALISM AND EXPANSIONISM

Red China blazing a new trail of Colonialism and Expansionism while promising to practice the culture of Socialism. 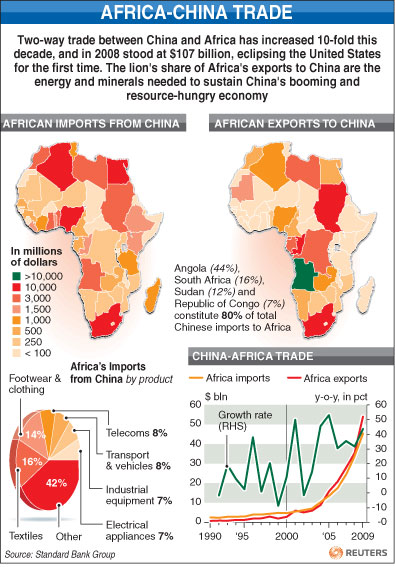 MOVE OVER, AMERICA. CHINA NOW PRESENTS ITSELF AS THE MODEL ‘BLAZING A NEW TRAIL’ FOR THE WORLD.

Chinese President Xi Jinping, bottom center, is applauded by senior members of the government after his speech at the opening session of the 19th Communist Party Congress on Oct. 18 in Beijing. (Kevin Frayer/Getty Images)

BEIJING — American presidents are fond of describing their nation as a “city on a hill” — a shining example for other nations to follow. But China is now officially in the business of styling itself as another polestar for the world, with a very different political, economic and cultural model.

“The banner of socialism with Chinese characteristics is now flying high and proud for all to see,” Chinese President Xi Jinping said during a mammoth speech to the Communist Party elite on Wednesday.

“It means the path, the theory, the system, and the culture of socialism with Chinese characteristics have kept developing, blazing a new trail for other developing countries to achieve modernization,” he said in the Great Auditorium of the Great Hall of the People in Beijing.

“It offers a new option for other countries and nations who want to speed up their development while preserving their independence, and it offers Chinese wisdom and a Chinese approach to solving the problems facing mankind.”

The extent to which the Chinese model is successful or even applicable to other countries is, of course, very questionable. (Although it is also true that many people outside the United States do not see Washington’s foreign policy as an unquestioned global good, or its social system as a model.)

China’s economic growth has been stunning since the country’s move from communism to state-directed capitalism, but per capita income is still a fraction of places such as Taiwan, Singapore or Chinese-controlled Hong Kong. China may have the world’s second-largest economy in aggregate, but it ranks between 70 and 80 on a ranking of nations on a per capita basis.

Rising wealth has been accompanied by rising inequality, massive environmental pollution, rampant corruption and one of the most repressive regimes on the planet.

The country has generated cheap capital for industry by keeping real interest rates negative and preventing money from leaving the country, creating an effective tax on its citizens that would not be possible in many other nations. Yet it also has benefited from the incredible industriousness of its own people together with the huge size of its own internal market.

Still, China’s Communist Party has seen events in the West — from the 2008 financial crisis to the election of Donald Trump, and even Brexit — as a vindication of its own political and economic system. On Tuesday, state news agency Xinhua spelled it out: Western democracy was divisive and confrontational, and beset with crises and chaos.

It is a message that resounds in other authoritarian states with big development ambitions, such as Ethiopia. There is no doubt that China’s economic record does attract the envy of the people in many poorer nations, especially perhaps in Africa, where the track record of Western influence — and the brand of neoliberal economics often preached by the IMF and World Bank — has not always been rosy.

A poll by Pew Research Center spanning 37 countries showed a sharp drop in U.S. favorability ratings this year, with more people trusting Xi Jinping to do the right thing regarding world affairs than President Trump — by 28 percent to 22 percent — although a majority expressed no confidence in either man.

At the same time as it scorns the Western system, a confident China has also used its growing financial clout to extend its influence across Asia and the world — through projects such as the global development plan known as Belt and Road, and the Asian Infrastructure Investment Bank — and demand a greater say in global governance.

“It will be a new era,” Xi confidently declared Wednesday, “that sees China moving closer to center stage and making greater contributions to mankind.”

In his 3½-hour speech, Xi took an uncompromising line on what the Communist Party sees as its core interests — on the question of independence for Taiwan, for example — but he took pains to stress that China was not a threat to the rest of the world, and pursues what he called a foreign policy of peace.

“No one should expect China to swallow anything that undermines its interests,” he said. But he added: “China’s development does not pose a threat to any other country. No matter what stage of development it reaches, China will never seek hegemony or engage in expansion.”

Many Tibetans, who contest Beijing’s right to rule the vast Himalayan plateau, might sharply contest that assertion. Several neighboring states would also have noted the way Xi listed “construction on islands and reefs in the South China Sea” as an achievement of his administration — in defiance of their claims and an international arbitration ruling that undermined China’s own claims.

Democrats in Hong Kong, some of whom have recently been jailed for their role in the 2014 Umbrella Movement, will have noted Xi’s assertion that the people of that territory should rule themselves — but with “patriots playing the leading role.”

The government of Taiwan also objected on Wednesday, saying it was the right of their own people to determine their own future — after Xi explicitly warned that Beijing would never allow any attempt by Taipei to declare independence.

Xi also said he wanted the country’s military to be more modern and more powerful, and ready for conflict if needed. But the main message of the foreign policy section of his speech was one of partnership, peace and cooperation, and of greater assistance to developing countries.

China, he said, will continue to play its part in international affairs “as a major and responsible country, take an active part in reforming and developing the global governance system, and keep contributing Chinese wisdom and strength to global governance.”

But Western-style democracy? No thanks. There’s no room for “erroneous” ideologies, said Xi.

“China’s socialist democracy is the broadest, most genuine, and most effective democracy, to safeguard the fundamental interests of the people,” he said.

“The very purpose of developing socialist democracy is to give full expression to the will of the people, protect their rights and interests, spark their creativity, and provide systemic and institutional guarantees to ensure the people run the country,” he continued.

Yet China’s apparent confidence cannot mask a deep paranoia at the root of its political system, and deep fear of ordinary Chinese people actually being allowed to express an opinion.

Dissidents were jailed or railroaded out of town ahead of the Party Congress, censorship of the Internet dramatically intensified and ordinary public gatherings canceled or postponed.