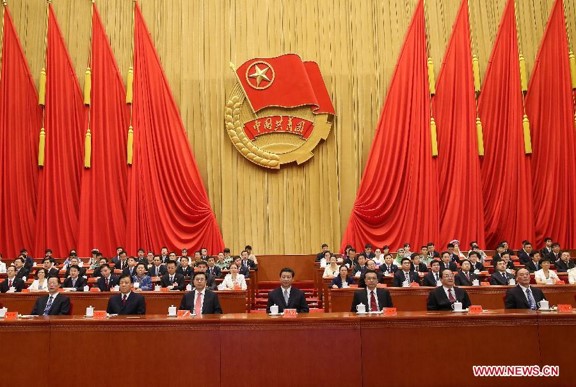 Chinese President Xi Jinping vision for military and economic expansionism will not ward off Red China’s Destiny, her impending Downfall, the aftermath of her ‘Evil’ actions. Red China has no time to atone for her sins. 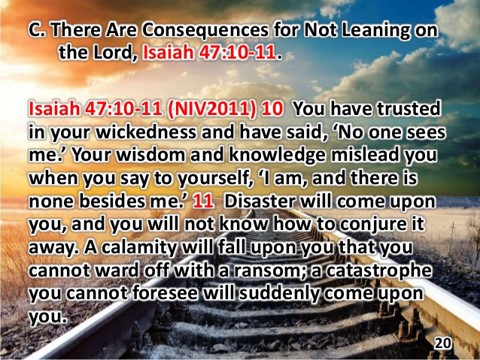 XI JINPING LAYS OUT VISION FOR A STRONGER CHINA, WITH COMMUNIST PARTY AT THE CENTER 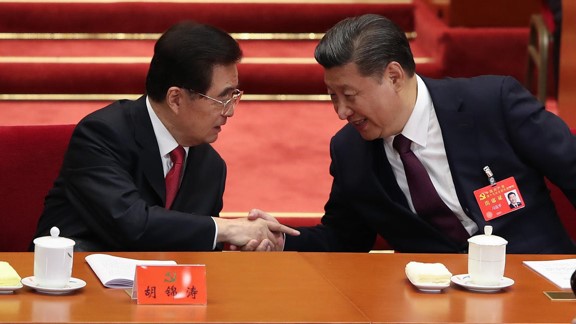 On Wednesday, he stood in the Great Hall of the People and urged a revived party to shepherd society toward renewed glory. His speech signaled a push towards greater ideological cohesion by a president who has fashioned a stronger, more aggressive China and emerged as the most authoritarian leader since Mao Tse-Tung.

“Both China and the world are in the midst of profound and complex changes,” he told more than 2,000 delegates at the opening of a twice-a-decade party gathering. “The prospects are bright but the challenges are severe.”

His keynote speech — the most important policy address since he took office — ran three and a half hours. It kicked off the weeklong 19th Party Congress, which determines leaders and policies for the next five years.

The congress ends when those new leaders walk out on a red-carpeted stage and present themselves to the world. Xi is all but certain to start another five year-term, and the people who flank him will help reveal whether he plans to groom a successor or stay in power past his decade tenure.

“Xi Jinping is emphasizing the importance of party direction and party control above all else,” said Willy Lam, an expert on elite politics at the Chinese University of Hong Kong. “And the corollary is for the party to be successful in these goals, you need a strongman at the helm.”

While predecessor Hu Jintao and 91-year-old former leader Jiang Zemin sat behind him, Xi spoke of a more accomplished China than the one he was handed.

He praised efforts to build islands in contested waters of the South China Sea, and gave a nod to his signature foreign policy initiative that will expand trade routes to Europe. He heralded tighter controls as a boon to national security, pledged to make it easier for foreign businesses to operate, and vowed to turn the military into a world-class fighting force.

But he also cautioned against any “Cold War mentality” when confronting global tensions and insisted China would never attempt global hegemony.

His term “has been a failure to really have bold reform domestically,” said Kerry Brown, professor of Chinese Studies at King’s College in London and author of a biography about Xi. “It’s all promises and no delivery.”

Xi’s speech was essentially a 65-page work report, which is by nature broad and vague. But the topics were striking in their breadth; he addressed issues from Hong Kong to environmental degradation. (His keynote went twice as long as Hu’s.)

He also repeated comments about the stresses on Chinese society, including income inequality and access to basic services such as healthcare.

“China’s ability to innovate needs to be stronger, the real economy awaits improvement, and we have a long way to go in protecting the environment,” he said.

This congress not only gives Xi an opportunity to lay out his vision for “socialism with Chinese characteristics for a new era,” it may help enshrine his policies — or even his name — into the constitution. It’s also likely the last one before the party’s centennial anniversary in 2021, and officials are eager to show fortitude rather than disintegration.

“The whole party must be prepared to make ever more difficult and harder efforts,” Xi said.

Hundreds sat ramrod straight in the Great Hall’s main floor and clapped in sync — including heads of state-run chemical companies from Beijing, history teachers from inner Mongolia, electrical engineers from Tibet and many military officials. Most were men in similar black suits.

Some took selfies after the speech amid stately granite columns, and praised Xi’s plan.

“His grand strategy for China to move forward on the global stage is really peaceful,” said Wang Jing, a teacher from the mountainous southern province of Yunnan. “That’s a good way to lead China.”

Xi, chosen because party leaders thought they could control him, has quickly consolidated power. He’s spearheaded a popular anti-corruption campaign that’s sidelined his challengers, taken the helm of major committees, tightened media and Internet controls, and silenced hundreds of activists.

In the run-up to the congress, certain shows deemed “too entertaining” were censored. Soldiers appeared at the entrance to Beijing subways. Civil liberty advocates were told to stay home. Reminders of “core socialist values” appeared all over China — from taxicabs in Hefei to noodle shops in Guiyang.

Leaders tend to close factories during the event to ensure blue skies, but the weather on Wednesday’s opening was a dull, rainy gray.

“The throat-clearing in [previous congresses] was assumed to be more empty words,” said Jude Blanchette, a researcher at the Conference Board in Beijing. “Now we are realizing, ‘Heck, we need to start recognizing the party’s vision for its role.’”

Gaochao Zhang in the Times’ Beijing bureau contributed to this report.

Meyers is a special correspondent.