CHINA NEEDS TO ENGAGE IN DIRECT-DIALOGUE WITH DALAI LAMA: POMPEO 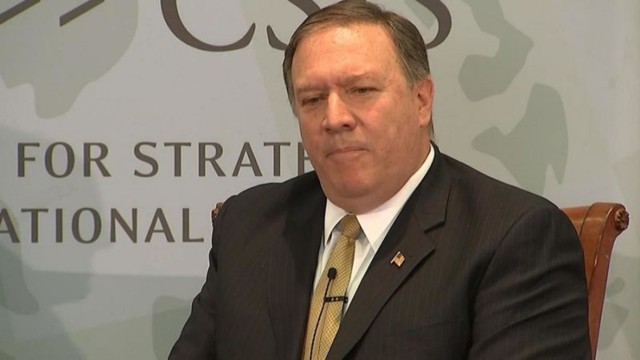 China needs to engage in direct-dialogue with Dalai Lama: Pompeo

Ahead of his Beijing visit, US Secretary of State Mike Pompeo said the US should express publicly that China needs to engage in meaningful and direct dialogue with Dalai Lama or his representatives, without preconditions, to lower tensions.

Pompeo also said, “I will urge China to cease restrictions on human rights of Tibetans as well as their religious, linguistic and cultural traditions.”

Pompeo, who was responding to questions asked by Members of the US Senate Foreign Relations Committee, said: “I will also raise concerns (with China) about the lack of regular access to the Tibetan Autonomous Region (TAR) for US journalists, diplomats, academics and others.”

Pompeo will visit China tomorrow and will discuss the bilateral ties and major global and regional issues of common concern.

The top American diplomat assured the lawmakers that he will fully implement the Tibetan Policy Act and in particular “will urge China for the release of Tibetan political prisoners.”

Pompeo said he will also press the Chinese Government to respect the decision of Tibetan Buddhists in selecting, educating, and venerating the lamas who lead the faith, such as the Dalai Lama.

China said that the successor to Dalai Lama must be chosen according to the religious rituals and historical conventions as well as the backing from ruling Communist Party.