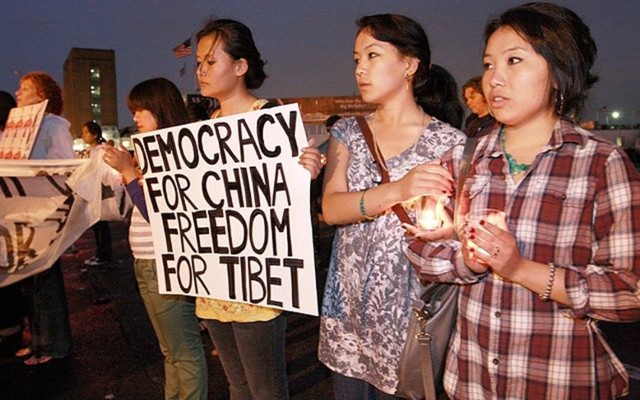 During the two-day visit, which concluded on Friday, the Ambassador met high-ranking officials of the CTA, including President Lobsang Sangay twice.

The CTA also hosted a dinner reception followed by cultural performances at the Tibetan Institute of Performing Arts for the visiting dignitary, a post on the CTA’s website said.

He expressed that he was particularly inspired by the Dalai Lama’s views on how inner peace of individuals can be spread and bring broader peace to mankind, said the post.

He also said he requested the Dalai Lama to visit the US again in the future.

The Ambassador was accompanied by a four-member delegation from the US embassy, comprising Special Assistant Anood Taqui and Deputy Political Minister Counsellor Derek Westfall.

The Dalai Lama, who believes in the “middle-path” policy that demands “greater autonomy” for the people in Tibet, is viewed by the Chinese as a hostile element who is bent on splitting Tibet from China.

The Tibetan exile administration is based in this northern Indian hill town, but is not recognized by any country.