The Tibet Question revolves around the terms for Tibet’s Natural Freedom consistent with Natural History of Tibetan Plateau. China’s domination, subjugation, occupation, and colonization of Tibet must fail for it compromises Natural Inheritance of Tibetans.

TIBET CAN REMAIN IN CHINA ONLY IF BEIJING RECOGNIZES OUR CULTURE AND SPECIAL HISTORY: DALAI LAMA

The Dalai Lama on Sunday said that Tibet can remain in China, only if Beijing recognized and respected the region’s distinct culture and autonomy.

Speaking at a lecture on ‘Role of Ethics and Culture in Promoting Global Peace and Harmony’ here, organized by Nehru Memorial Museum and Library and Antar-Rashtriya Sahyog Parishad, the Dalai Lama said, “Historically and culturally, Tibet has been independent. China took control of Tibet in 1950 in what it called a ‘peaceful liberation’. So, as long as the Constitution of China recognizes our culture and Tibetan autonomous region’s special history, it (Tibet) can remain there.”

The event was being held to commemorate the 60th anniversary of the 82-year-old Tibetan spiritual icon’s exile to India.

The Dalai Lama also expressed concerns on the ethnic violence against the Rohingyas in Myanmar, calling it as sad and terrifying. Also, he underscored the need to iron out differences and to work for all-round development and peace together.

Also, pressing on efforts to spread Indian traditions globally, like how China was able to spread its traditions, he further said, “Try to revive ancient Indian traditions. Actual change does not come from prayer, it comes from action. Wherever Chinese go, they have a ‘China Town’. Why not an ‘India Town’ by Indians?”

The Dalai Lama also went to say that the global warming had adversely affected the amount of snowfall in Dharamshala, where he resided and also the seat of the Tibetan government-in-exile.

Terming Buddha as an ‘ancient Indian scientist’, the 82-year-old spiritual leader added that he considered himself as “a half-scientist and a half-monk.”

Throwing light on the teachings of Tibetan Buddhism, the Dalai Lama said, ” The greatness of the Indian civilization is its spiritual brotherhood and harmony. It has helped to produce the greatest philosophical thinkers and preachers who gave rise to the Nalanda tradition of Buddhism based on reason and logical conclusion.”

The Dalai Lama, along with his followers, fled to India from Tibet in 1959 in a massive uprising by the Chinese forces. 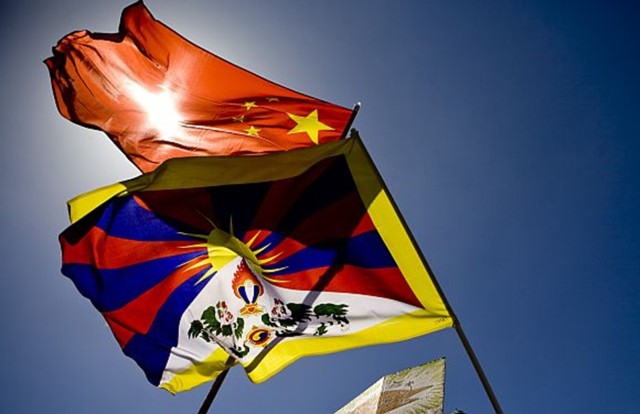