RED CHINA ON SLIPPERY SLOPE BECAUSE OF DEFENSE SPENDING 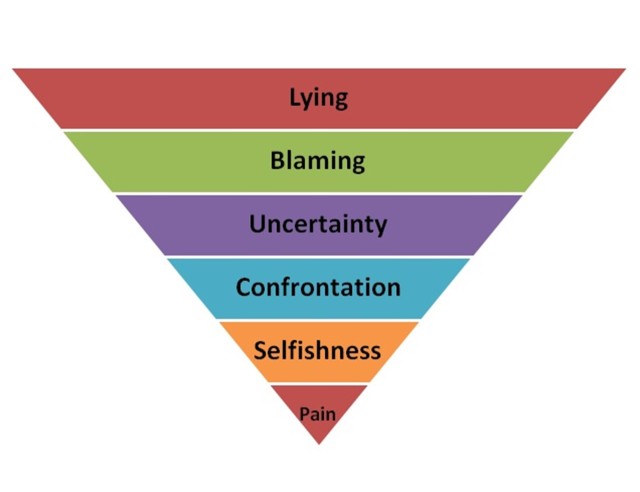 In my analysis, Red China lives on Slippery Slope because of defense spending. The reason is not that of amount spent on boosting military power. Red China cannot save herself from consequences of use of military power in performing evil actions. Defense spending did not save Soviet Union from falling apart.

No. 2 SPENDER CHINA TO BOOST DEFENSE SPENDING IN 2018 – ABC NEWS

Chinese soldiers in usher uniforms march past journalists who line up to enter the Great Hall of the People for a press conference ahead of Monday’s opening session of China’s National People’s Congress in Beijing, Sunday, March 4, 2018. (AP Photo/Andy Wong)

China’s defense budget will rise 8.1 percent to 1.1 trillion yuan ($173 billion) this year as the country prepares to launch its second aircraft carrier, integrate stealth fighters into its air force and field an array of advanced missiles able to attack air and sea targets at vast distances.

The figure released in a report Monday to the ceremonial National People’s Congress is an increase in the growth rate from last year, when finance ministry officials said the budget was rising 7 percent to 1 trillion yuan ($151 billion).

Years of double-digit percentage growth have given China the world’s second-largest defense budget after the United States, which is in a class of its own with a proposed budget of $716 billion for next year.

“We will stick to the Chinese path in strengthening our armed forces, advance all aspects of military training and war preparedness,” Premier Li Keqiang said as he read a report to nearly 3,000 delegates at the Great Hall of the People.

China has the world’s largest military by number of personnel, but Li said the country had “basically completed” the target of reducing the size of the armed forces by 300,000 troops. That would leave the People’s Liberation Army’s strength at around 2 million troops.

But China’s defense spending as a share of GDP and the budget remains lower than that of other major nations, Zhang Yesui, a spokesman for the legislature, said Sunday.

Noting that this year’s increase was roughly the same as last year’s when adjusted for inflation, Shanghai military expert Ni Lexiong said China was seeking to avoid a full-on arms race based on quantity of weapons, choosing instead to invest in high-tech systems and training.

Rivals such as the U.S., Japan and India should be less anxious at the moderate rate of budget growth, although they “won’t feel happy” to see rapid enhancements in China’s air, naval, missile and anti-satellite capabilities, said Ni, a professor at Shanghai University of Political Science and Law.

New funds are going mainly to raise living standards for service members, increase training and prepare for potential crises on the Korean Peninsula, the border with India or in the South China Sea or Taiwan Strait, Song said.

Much of China’s energies have been focused on what is known as anti-access/area denial, or A2/AD operations, which seek to scare the U.S. Navy and other forces far from China’s shores.

China’s navy has been training rigorously on the Liaoning aircraft carrier, which was bought from Ukraine and heavily refurbished. In April, it launched a 50,000-ton carrier built entirely on its own based on the Ukrainian model.

It will join the improved Type 093B Shang class nuclear-powered attack submarine equipped with anti-ship missiles — considered only slightly inferior to the U.S. Navy’s mainstay Los Angeles class boats — and the Type 055 guided-missile destroyers at the forefront of China’s naval technology.

Such vessels stand to alter the balance of power in the Indo-Pacific, where the U.S. Navy has long been dominant and regional rivals such as Japan and India are stepping up their presence. Most navy ships already have anti-ship cruise missiles with longer ranges than those of their U.S. counterparts.

China’s navy is also relying on numerical superiority to boost its influence.

All three of China’s sea forces — the navy, coast guard and maritime militia — are the largest of their types by number of ships, allowing them to “maintain presence and influence in vital seas,” according to Andrew S. Erickson of the U.S. Naval War College’s China Maritime Studies Institute.

All three fleets are growing “leaner and meaner” due to a greater emphasis on technical sophistication, Erickson wrote, adding that the U.S. also anticipates facing a Chinese submarine fleet twice its number, though less technologically advanced.

In the air, China last month said it had begun equipping combat units with its J-20 stealth fighter jet, the country’s answer to fifth-generation jets such as the U.S. F-22 and F-35. No less impressive is China’s missile technology, particularly the DF-21D, which is built to take out an aircraft carrier, and a new air-to-air missile with a range of some 400 kilometers (249 miles) that could attack assets such as early warning aircraft and refueling tankers crucial to U.S. Air Force operations.

In a further display of sophistication, China said in early February that it had successfully tested a mid-course anti-missile defense system, deploying similar technology to that used to destroy a defunct Chinese satellite in 2007.

China’s military planners have also taken note of the U.S. shift this year in its threat analysis from terrorism to rivals Russia and China, said Yue Gang, a retired colonel and military analyst.

Though China doesn’t wish to be seen as a Russian ally, there is a renewed sense of big-power competition, Yue said.

“The smell of gunpowder is growing thicker,” he said.