WHERE IS FRIENDSHIP? FROM SPACE FANTASY TO GROUND REALITY

On February 20, 1962 I was a student at Giriraj Government Arts College, Nizamabad, India entertaining my dreams of Friendship and living life with Space Fantasy. Space Travel was the topic of my presentation at my College Seminar sponsored by Science Association. I briefly floated a Club called ‘FRIENDSHIP CLUB’ to bring youth together in promoting Democracy, Freedom, and Peace, the American Values I imbibed.

On February 20, 2018 I am sharing the story about Friendship 7 Spacecraft to tell the world that I do not have an American Friend with whom I can communicate the Ground Reality that put an end to my Space Fantasy.

From Cape Canaveral, Florida, John Hershel Glenn Jr. is successfully launched into space aboard the Friendship 7 spacecraft on the first orbital flight by an American astronaut.

Glenn, a lieutenant colonel in the U.S. Marine Corps, was among the seven men chosen by the National Aeronautics and Space Administration (NASA) in 1959 to become America’s first astronauts. A decorated pilot, he flew nearly 150 combat missions during World War II and the Korean War. In 1957, he made the first nonstop supersonic flight across the United States, flying from Los Angeles to New York in three hours and 23 minutes.

Glenn was preceded in space by two Americans, Alan B. Shepard Jr. and Virgil I. “Gus” Grissom, and two Soviets, Yuri A. Gagarin and Gherman S. Titov. In April 1961, Gagarin was the first man in space, and his spacecraft Vostok 1 made a full orbit before returning to Earth. Less than one month later, Shepard was launched into space aboard Freedom 7 on a suborbital flight. In July, Grissom made another brief suborbital flight aboard Liberty Bell 7. In August, with the Americans still having failed to make an orbital flight, the Russians sprinted further ahead in the space race when Titov spent more than 25 hours in space aboard Vostok 2, making 17 orbits. As a technological power, the United States was looking very much second-rate compared with its Cold War adversary. If the Americans wanted to dispel this notion, they needed a multi-orbital flight before another Soviet space advance arrived.

It was with this responsibility in mind that John Glenn lifted off from the launch pad at Cape Canaveral at 9:47 a.m. on February 20, 1962. Some 100,000 spectators watched on the ground nearby and millions more saw it on television. After separating from its launching rocket, the bell-shaped Friendship 7 capsule entered into an orbit around Earth at a speed of about 17,500 miles per hour. Smoothing into orbit, Glenn radioed back, “Capsule is turning around. Oh, that view is tremendous.”

During Friendship 7‘s first orbit, Glenn noticed what he described as small, glowing fireflies drifting by the capsule’s tiny window. It was some time later that NASA mission control determined that the sparks were crystallized water vapor released by the capsule’s air-conditioning system. Before the end of the first orbit, a more serious problem occurred when Friendship 7‘s automatic control system began to malfunction, sending the capsule into erratic movements. At the end of the orbit, Glenn switched to manual control and regained command of the craft.

Toward the end of Glenn’s third and last orbit, mission control received a mechanical signal from the spacecraft indicating that the heat shield on the base of the capsule was possibly loose. Traveling at its immense speed, the capsule would be incinerated if the shield failed to absorb and dissipate the extremely high reentry temperatures. It was decided that the craft’s retrorockets, usually jettisoned before reentry, would be left on in order to better secure the heat shield. Less than a minute later, Friendship 7 slammed into Earth’s atmosphere.

During Glenn’s fiery descent back to Earth, the straps holding the retrorockets gave way and flapped violently by his window as a shroud of ions caused by excessive friction enveloped the spacecraft, causing Glenn to lose radio contact with mission control. As mission control anxiously waited for the resumption of radio transmissions that would indicate Glenn’s survival, he watched flaming chunks of retrorocket fly by his window. After four minutes of radio silence, Glenn’s voice crackled through loudspeakers at mission control, and Friendship 7 splashed down safely in the Atlantic Ocean. He was picked up by the USS destroyer Noa, and his first words upon stepping out of the capsule and onto the deck of the Noa were, “It was hot in there.” He had spent nearly five hours in space.

Glenn was hailed as a national hero, and on February 23 President John F. Kennedy visited him at Cape Canaveral. He later addressed Congress and was given a ticker-tape parade in New York City.

Out of a reluctance to risk the life of an astronaut as popular as Glenn, NASA essentially grounded the “Clean Marine” in the years after his historic flight. Frustrated with this uncharacteristic lack of activity, Glenn turned to politics and in 1964 announced his candidacy for the U.S. Senate from his home state of Ohio and formally left NASA. Later that year, however, he withdrew his Senate bid after seriously injuring his inner ear in a fall. In 1970, following a stint as a Royal Crown Cola executive, he ran for the Senate again but lost the Democratic nomination to Howard Metzenbaum. Four years later, he defeated Metzenbaum, won the general election, and went on to win reelection three times. In 1984, he unsuccessfully sought the Democratic nomination for president.

In early 1998, NASA announced it had approved Glenn to serve as a payload specialist on the space shuttle Discovery. On October 29, 1998, nearly four decades after his famous orbital flight, the 77-year-old Glenn became the oldest human ever to travel in space. During the nine-day mission, he served as part of a NASA study on health problems associated with aging. In 1999, he retired from his U.S. Senate seat after four consecutive terms in office, a record for the state of Ohio. 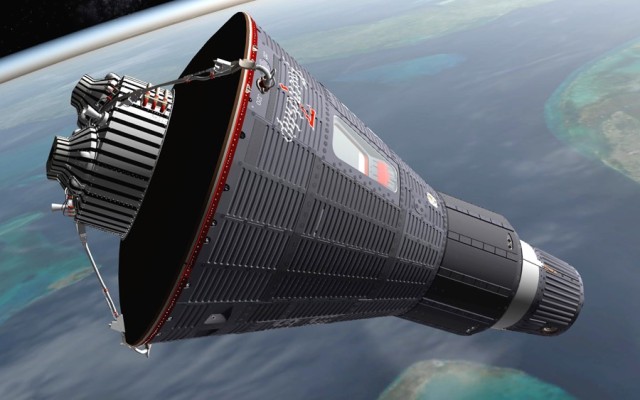