In my expectation, I visualized Operation Eagle as physical and mental training to prepare me to fulfill my challenging military mission that aims at securing Freedom, Democracy, Peace, and Justice in Occupied Tibet. 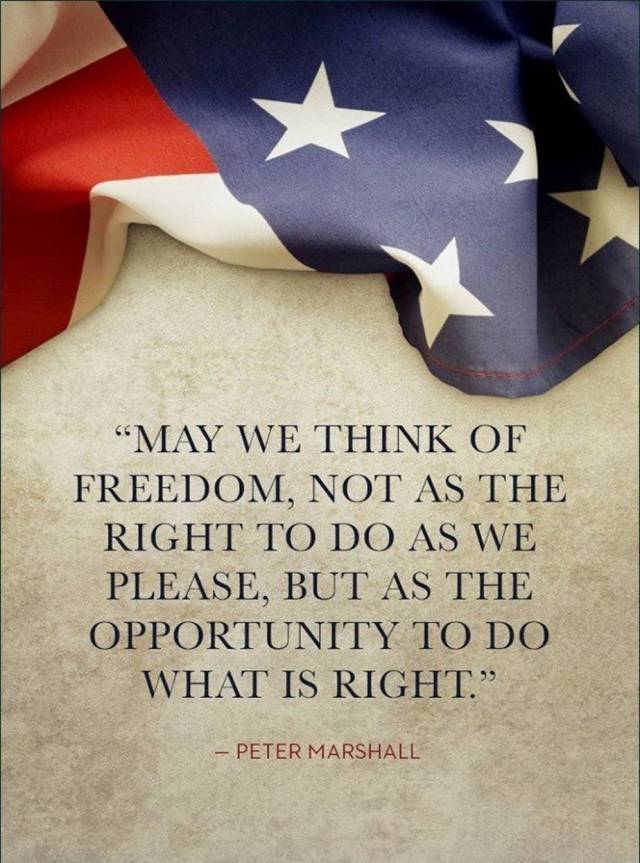 Today, I need to take stock of the ground realities. Both the United States, and India have missed several opportunities to dispatch me on my military mission. Apparently, people have forfeited Freedom and Liberty in pursuit of wealth and material prosperity which they hope will provide ‘Security’.

VIJAY DIWAS: A TIME TO CELEBRATE AND TAKE STOCK 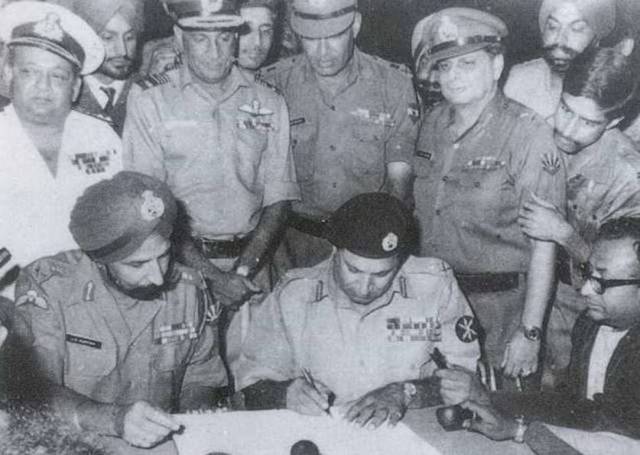 · Forty-six years ago today, more than 3,500 warriors of the Indian Army crafted a victory that resulted in the capture of 93,000 Pakistani prisoners of war and delivered a new nation in 14 days.

But how many of the young Indians know that 16 December is marked as Vijay Diwas?

Ask new generation Indians, the predominant group in our nation, what Vijay Diwas is all about and you are more likely to get a blank response. For a few who know anything at all, a war was fought and won, Bangladesh was created and that is all. That over 3,500 warriors of the Indian Armed Forces made the ultimate sacrifice in the war that ended in India’s victory on 16 December 1971, that we captured 93,000 Pakistani prisoners of war (PoWs) and delivered a new nation in 14 days of a two front conventional military engagement is hardly known to them.

The 1971 India-Pakistan war saw the execution of a well-considered strategy, evolved by the redoubtable Field Marshal Sam Manekshaw, even as he convinced then prime minister Indira Gandhi and her close cabinet colleagues and aides on the necessity of going slow and not being tempted by the evolving situation in March 1971. The Field Marshal had the professional courage to parry demands and shun any talk of immediate war in early 1971 when the crisis in the then East Pakistan had brewed and spilled over beyond retrieval, triggering the first reactions in South Block.

The backdrop to the situation related to the state of politics in Pakistan where the Bengali Muslims of East Pakistan were clearly resistant to the idea of being subjugated by the dominant Punjabi and Mohajir influence. The issue of language had been the touchy beginning to the standoff between East Pakistan (Bengali speaking and resistant to Urdu) and West Pakistan. Sheikh Mujibur Rahman, father of the current Prime Minister of Bangladesh Sheikh Hasina Wajed, was illegally denied his electoral victory in 1970 by Pakistan’s ruling coterie, which was influenced by Zulfiqar Bhutto. The crisis spilled into the streets and became a point of no return in March 1971. The Pakistan Army’s reign of terror on the hapless Bengalis exacerbated the situation with an initial displacement of a million refugees who spilled across the border into India. The figure progressively moved up to 10 million.

The Field Marshal famously faced the powerful coterie of Indira Gandhi and gave them a lesson in strategy. He reminded them of his demands for an enhanced budget to buy more spares for the tanks and sufficient ammunition for the artillery which had not been granted. He let them know that a war in April or May meant for the standing crop of wheat all over Western India which would be destroyed by movement of the Army thus leading to a major food crisis in India. Among other cautionary, he stated that war in June-August would be a major problem with moving dual task Army formations west to east or vice versa due to the floods and shaky railway infrastructure besides the state of the terrain in East Pakistan.

The prime minister gave in to the Army Chief’s advice and trusted him to evolve the war fighting plans should Pakistan decide to go to war. The war finally broke out on 3 December 1971 but preceding that a series of clashes occurred at the borders some of them well above the classical description of patrol and border clashes. The Indian Army followed a simple strategy.

Firstly, the war effort would be focused on the eastern theatre where the impact would have to be decisive; there was total clarity about this.

Secondly, the western front could not be ignored as Pakistan would want India’s attention to be diverted and resources divided. The western theatre was largely to be in holding mode but that would not restrict offensive operations where ever opportunities arose.

Thirdly, for the eastern theater the strategy included speedy thrusts, bypassing main opposition which would be contained or masked to allow the main advance to progress unhindered to the identified center of gravity, Dacca.

The early multi-directional threat to Dacca would unnerve the Pakistani military leadership and force it to capitulate. The role of the Indian Air Force was crucial and it led to some decisive actions such as at Longewala (Rajasthan) where a large Armoured column of the Pakistan Army was decimated in the morning after it was brought to a standstill by a single company with two recoilless guns of 23 Punjab. The Indian Air Force also ensured total domination of the air above East Pakistan. The Indian Navy not to be left behind was entrusted the task of intimidating Pakistan with a virtual blockade of Karachi, Pakistan’s only port. The Navy went well beyond its brief and achieved total domination of the sea and even raided Karachi harbor with missile attacks.

The Indian forces in the eastern theatre comprised 4 Corps under Lt Gen Sagat Singh, 33 Corps under Lt Gen M L Thapar and the newly raised 2 Corps under Lt Gen T N Raina. In less than 14 days, the Indian troops were at the doorstep of Dacca having bypassed all islands of resistance and making use of the distinct corridors provided by the riverine terrain. A parachute drop of the 2nd Para at Tangail secured the final bridges and crossings enabling the troops to make an early entry into the outskirts of Dacca even as radio messages were transmitted to the Pakistani leadership that further resistance would only result in more bloodshed while a surrender would ensure full safety of troops.

The Pakistan Army as is well known had sufficient stocks of ammunition and other logistics wherewithal. It could have fought long and resisted to the end but devoid of any air power with its forward locations under Indian siege the only thing that the Pakistanis could fight for was their honor and name as a fighting force. Lt Gen A A K Niazi, the overall commander of Pakistani forces in the eastern theatre weighed his options and made the final decision for surrender, the details of which were negotiated by Maj Gen (later Lt Gen) JFR Jacob. The surrender ceremony which was impromptu involved the signing of the surrender document by Lt Gen Niazi and its handing over to Lt Gen Jagjit Aurora, Army Commander Eastern Command. The photograph of the ceremony is now folklore and adorns every military museum, motivation hall and officers mess of the Indian Army.

The western front saw action all along, from Naya Chor in Rajasthan to Turtuk in Ladakh. Some intense armour battles were fought in the Shakargarh Bulge. 10 Para (Commando) now 10 SF under Lt Col Bhawani Singh, MVC conducted a series of raids across the international border in the Barmer sector. 9 Para (Commando) similarly earned glory for its action in Jammu and Kashmir. The Lipa Valley was captured by the famous Dagger Division among many other gains by the Indian Army on the western front.

Among the famous battles of 1971 were Akhaura, Sylhet, Hilli, Basantar, Longewala, Lipa Valley and Naya Chor. There are many heroes of 1971 whose names need to be folklore and whose deeds must be brought to the knowledge of young Indians of today. A nation which does not sufficiently glorify its military heroes is not a nation with sufficient self-esteem. India is surely not in that category as the public loves the Armed Forces, respects them immensely but unfortunately is completely divorced from knowledge about the deeds of the very forces they revere.

The names of 2/Lt Arun Khetarpal, Major Hoshiyar Singh, Flt Lt Nirmaljeet Singh Sekhon and L/Naik Albert Ekka, all winners of the Param Vir Chakra (India’s highest wartime award for valor in the face of the enemy) need to be known to India’s young. India needs a public relations outreach to educate the public about the sacrifice of its heroes. There are many patriotic organizations which are organizing events to mark Vijay Diwas, but this really needs a major push to make it a movement.

The Indian Armed Forces need to provide an example of doing something different on Vijay Diwas. It would be good to see that along with traditional ‘barakhana’ and pep talks by commanders which are routine, all units and establishments must undertake an exercise of self-appraisal and identification of strengths and weaknesses. This should be done through an exercise of mutual discussion and consultation with all stakeholders and result in identification of one or two themes from different domains (operations, training, administration, equipment management etc.) to be undertaken for rectification over the next year.

It should be entirely an internal exercise with no checks and in an environment which promotes trust and ability to function unsupervised. Subsequently the Armed Forces should project this model of self-appraisal across the nation for all civil establishments to conduct in the same spirit. Vijay Diwas must ultimately emerge as a day beyond just ceremonials. It should be seen as a day synonymous with victory over inertia and victory over inefficiency.

We can ill-afford to forget the India-Pakistan War of 1971; it is just too important an event in India’s post-1947 history. Progressive nations move on and shape their destinies with hard work and initiatives but equally draw inspiration from the achievements of the past. We cannot allow our young not to be aware of our modern day history and therefore much more effort is needed to spread the word of India’s military heritage. Fortunately, there is deep interest in this, but not enough people to explain and render assistance to educational institutions in the field of military history and strategic culture. An odd lone ranger is doing it, but it needs to become a movement.

Happy Vijay Diwas to the nation!