Reciprocal Access to Tibet Act seeks unrestricted access to Tibet for its purpose is to engage, contain, confront, and oppose the Doctrine of Communism.

In the long shadow of the recent Trump-Xi meeting lingers a bill in both the U.S. House of Representatives and the Senate that seeks to guarantee open access to Tibet for American citizens. Introduced just before the meeting early last month, the bill seeks greater access to the region for U.S. officials, journalists, and other citizens. The bill finds that, despite claims of openness by the Chinese government, heavy restrictions and frequent denial of travel documents has been observed, especially in attempts to visit the Tibetan region.

Senators Marco Rubio and Tammy Baldwin, described by Tenzin Monlam as “longtime supporters of Tibet,” introduced the bill in the Senate while Congressmen Jim McGovern and Randy Hultgren introduced it in the House of Representatives. (Phayul)

However, this is not the first attempt to pass this bill, with previous attempts in 2014 and 2015. And like previous attempts, this one seems unlikely to move forward as the nation’s collective attention jumps from North Korea to Health Care to the upcoming French elections.

Nevertheless, speaking to India’s The Sunday Guardian, the Tibetan government-in-exile spokesperson and Secretary, Department of Information and International Relations, Sonam Dagpo said. “[The] Central Tibetan Administration welcomes the US Congress bill to have reciprocal access to Tibetan areas. We are also grateful to the government and people of India for its support in the preservation and promotion of Tibetan language, culture and religion. India’s assistance in the education of Tibetan children will go a long way in the struggle of the Tibetan people.” (The Sunday Guardian)

The bill comes at a time of continued disagreement between China and other world powers over Tibet and the activities of the most renowned Tibetan spiritual leader, the Dalai Lama. The Dalai Lama has caused alarm by Beijing officials with his recent visit to the India-China border region of Tawang in Arunachal Pradesh. Arunachal Pradesh is officially a state in India, though Chinese officials believe that much of it belongs to China. 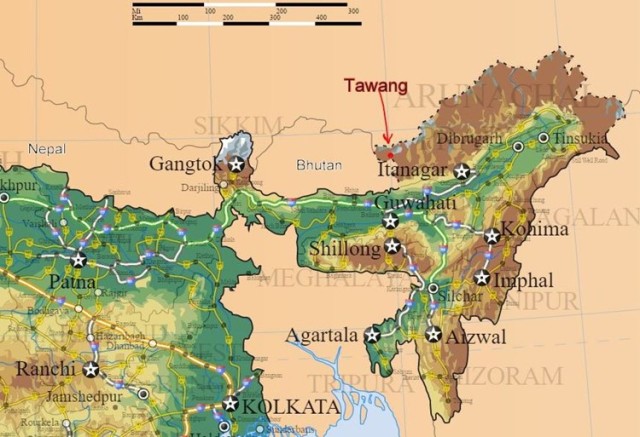 Meanwhile, the Dalai Lama himself has sought to dispel tensions in his teachings. The day before his visit to Tawang, the Dalai Lama, at a public address, spoke of his discomfort with rising intolerance and stressed the need for mutual respect and concern and for social well-being. (The Diplomat)

Back in the United States, the Dalai Lama’s planned June commencement speech at U.C. San Diego sparked anger in many Chinese students attending the university. The Chinese Students and Scholars Association, after consulting with the Chinese consulate issued the following statement, borrowing from themes of inclusivity and respect common among campus activist groups:

UCSD is a place for students to cultivate their minds and enrich their knowledge. Currently, the various actions undertaken by the university have contravened the spirit of respect, tolerance, equality, and earnestness—the ethos upon which the university is built. These actions have also dampened the academic enthusiasm of Chinese students and scholars. If the university insists on acting unilaterally and inviting the Dalai Lama to give a speech at the graduation ceremony, our association vows to take further measures to firmly resist the university’s unreasonable behavior. (Quartz)

Countering this, the International Campaign for Tibet issued a statement supporting the university, saying that, “By objecting to the invitation to the Dalai Lama, the CSSA of UC San Diego is doing the work of the Chinese government. The University of [California], San Diego’s invitation to the Dalai Lama is a reflection of the tremendous American public interest in and support for his thoughts and vision for the broader world…” In an interview with Inside Higher Ed, Robert Barnett, a Columbia University scholar of Tibet, echoed these sentiments, asking, “Does the university accept to be bullied by the foreign government in terms of who it selects as a speaker, especially when that subject of that foreign government’s bullying is almost certainly, without any serious question of all, not deserving of that bullying and is certainly being misrepresented and indeed demonized by the Chinese government? Do we allow the Chinese government’s propaganda to dictate major cultural decisions in other countries?” (Inside Higher Ed)

In their announcement to host the Dalai Lama, university Chancellor Pradeep K. Khosla said: “We are honored to host His Holiness the 14th Dalai Lama at UC San Diego and thankful that he will share messages of global compassion with our graduates and their families, as well as with a broad public audience. A man of peace, the Dalai Lama promotes global responsibility and service to humanity. These are the ideals we aim to convey and instill in our students and graduates at UC San Diego.” (UCSD News)

Currently there are no plans to cancel the invitation, which will constitute the Dalai Lama’s first stop on his 2017 U.S. tour.