Republic of India since its birth got ensnared by Doomed US Foreign Policy. United States and UK support Pakistan to undermine India’s position and to balance the power and influence of Soviet Union/Russia. This poisonous policy has driven India to seek cooperation of Soviet Union/Russia as India is left with no alternative to neutralize Pakistan’s enhanced military power. 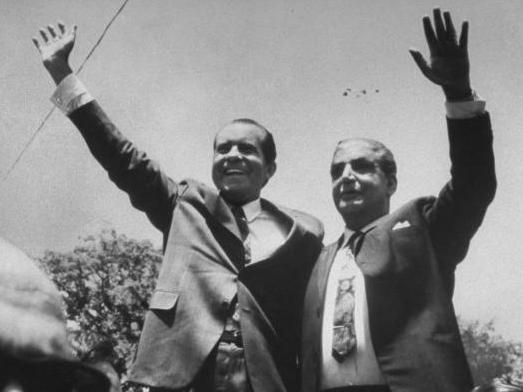 To add insult to India’s injury, US cultivated relationship with Communist China using Pakistan. Dr. Henry Kissinger launched that illicit relationship during 1971 flying to Peking from Pakistan. China took full advantage of Pakistan’s relationship and is able to fully manipulate Pakistan outplaying the US influence. On Kashmir front, as of today, India is facing threat posed by three enemies; 1. US, 2. China, and 3. Pakistan.

My concern is not about UN Support for China’s Project. The real danger comes from Doomed US Foreign Policy.

A UN Security Council resolution has for the first time incorporated China’s Belt and Road Initiative (BRI), a multi-billion inter-continental connectivity mission that has a flagship project passing through Pakistan occupied Kashmir (PoK).

The resolution, which extends an ongoing UN assistance mission to Afghanistan, says international efforts should be strengthened to implement the BRI, President Xi Jinping’s legacy project about which he first spoke in 2013.

Beijing claims it has rounded up at least 100 countries in BRI’s support, including Pakistan, Bangladesh and Sri Lanka.

India is yet to sign up for the initiative. Foreign secretary S Jaishankar spelt it out to the Chinese government in February that India has a “sovereignty” issue with the BRI because its flagship project, the China-Pakistan Economic Corridor (CPEC), passes through PoK. According to diplomats, India endorsing the BRI would mean giving up its claims on PoK.

The UN endorsing the BRI could complicate the situation as far as India’s claims are concerned.

The resolution in question renewed the mandate of the UN Assistance Mission in Afghanistan for one year. In it, the 15-nation UN body urged to promote security and stability in Afghanistan and the region “to create a community of shared future for mankind”.

“Also included in the newly adopted council resolution was China’s Belt and Road Initiative, which aims to build a trade and infrastructure network connecting Asia with Europe and Africa along the ancient trade routes,” official news agency Xinhua reported.

The resolution “welcomes and urges further efforts to strengthen the process of regional economic cooperation, including measures to facilitate regional connectivity, trade and transit, including through regional development initiatives such as the Silk Road Economic Belt and the 21st-Century Maritime Silk Road (the Belt and Road) Initiative”.

Besides the BRI, the resolution also mentions other projects like “regional development projects, such as the Turkmenistan-Afghanistan-Pakistan-India gas pipeline project, the Central Asia South Asia Electricity Transmission and Trade Project, the Chabahar port project agreed between Afghanistan, India and the Islamic Republic of lran”.

China has taken the inclusion of BRI in a UN resolution as a diplomatic victory of sorts.

Liu Jieyi, the Chinese permanent representative to the UN, told reporters here that the “Chinese concept was put into a Security Council resolution for the first time on Friday, thus showing the consensus of the international community on embracing the concept, and manifesting huge Chinese contributions to the global governance”.

“The Chinese envoy said that latest council move is conducive to creating a favourable atmosphere for China to host a Belt and Road forum for international cooperation in Beijing this May in order to brainstorm on interconnected development,” Xinhua reported.

Liu also said he hoped that all “UN member states will take an active part in the joint efforts to carry out the Chinese initiative and the Chinese concept by implementing the new council resolution. Resolutions adopted by the Security Council are legally binding”.