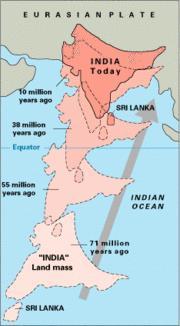 The Land of India as we know today did not exist when our planet Earth was created and had arrived to take its place in the solar system.Our lives depend upon the life giving force of the rivers that flow down our Land and the most important rivers such as Sindhu, Ganges and Brahmaputra take their birth in the Himalayan mountains.We need to know about the formation of the Himalayas, the future of Himalayas and also know the consequences of climate change and be aware of the dangers of losing the glaciers which are the life giving source of our fresh water.We need to defend our Himalayan Frontier as our ‘DESTINY’ is inexorably linked to their health and vitality.In an emotional sense, the idea of defending Himalayas has a great appeal and I had served in the Indian Army to defend this frontier and in response to the Chinese aggression in 1962. Apart from the threat posed by the enemy, we need to understand the bigger threat of global warming and its impact upon the Himalayan glaciers.

Over 250 million years ago, India, Africa, Australia, South America and Antarctica were all one continent called ‘ PANGEA’and is also known as ‘ GONDWANA LAND ‘. Over the next several million years, this giant southern continent proceeded to break up, forming the continents we know today. What ultimately formed the majestic Himalayas about 60 million years ago, was the rapid movement of India northward toward the continent of Euro Asia(LAURASIA). India charged across the equator at rates up to 15 cm/year in the process closing an ocean named Tethys that had separated fragments of Pangea. This ocean is entirely gone today. To understand the fascinating mechanics of the collision of India with Asia, we must first look beneath the Earth’s surface. For at least 80 million years, the oceanic Indian Plate continued its inexorable collision with southern Asia, including Tibet. The Indian sub-continent began to be driven horizontally beneath Tibet like a giant wedge, forcing Tibet upwards and this process continues today. In about 10 million years, India will plow into Tibet a further 180 km and the country of Nepal will technically cease to exist. But the mountain range we know as the Himalaya will not go away.

We are assured that the Himalaya would continue to exist in the future but our future depends upon the survival of the snow fields of the Himalaya. 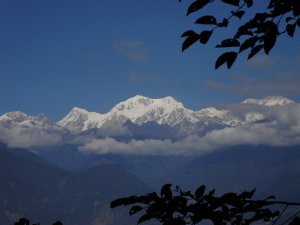 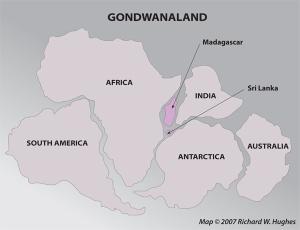 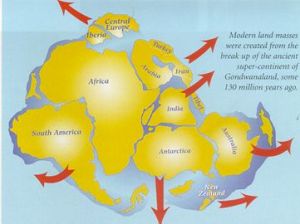 From Kashmir to Kanyakumari, Indian People belong to this Indian Landmass and hence have a common Destiny. 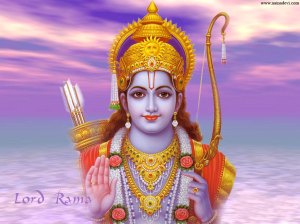 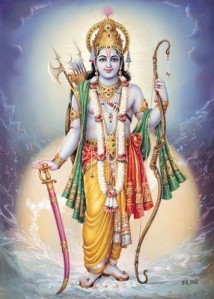 WHAT IS IN THIS NAME?
Lord Shiva gives an explanation to Goddess Parvati:
Sree Raama, Raama, Raameti, Rame, Raame, Manorame,
Sahsra naama tastulyam, Raama naama Varaanane.
The name ‘Rama’ is the equivalent of one thousand names of the Lord God Creator.
WHAT IS REALITY ?
The two syllables, Ra and Ma provide the creative energy or force to contemplate on terms such as Essence and Existence. Who is Man? Why is he like this? What is his purpose? How to describe his nature? What is the true Identity of this Individual? What is the relationship between the Identity and Individuality? Can Science provide the experience called Reality? Can Science overcome the Power of illusion? 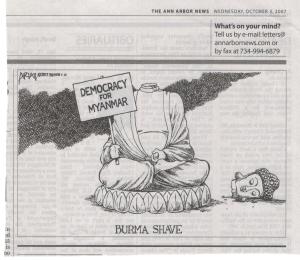 The cartoon picture of decapitated Buddha that was published in The Ann Arbor News on Wednesday, October 3, 2007 is plainly disgusting and is clearly an insult. It serves no purpose other than to hurt the feelings of people who respect Lord Gautama Buddha. 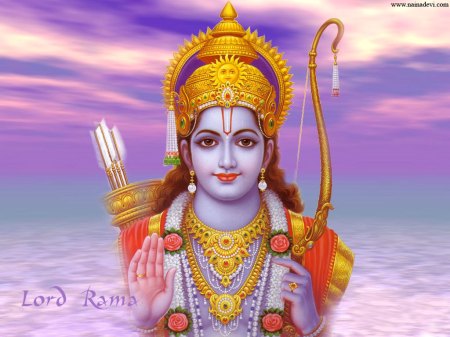 The Culture of the Land Of India had introduced to me several personalities and Cultural Icons and I tend to develop a relationship with them and each of my relationships exists in a particular context. Shiva is my protector and the Master who guides my intellectual functions. I have described Lord Krishna as my ” GURU “,the Guru who guides my actions and I would like to name ‘ KARNA ‘ as my favorite Hero as he is the “Salt of Life”. Rama had described himself in the following words. On the occasion of Seeta’s ordeal by fire at the end of the epic battle, Rama says to Brahma(The Lord of Creation) who appeared there among others :-

” I regard myself only as Rama, son of Dasaratha, an ordinary human being. Who I am in reality, where I belong, why I took birth, are matters on which you may enlighten me, and I do not know.”

In the personality of Rama, the course of human conduct and the ‘ DHARMA ‘ governing it come linked together. My love for Rama could be mostly attributed to the story that is revealed in Chapter XV, ‘ Ayodhya Kanda ‘ of RAMAYANA. We should view the events described through imagination and actually experience the emotional state of each character as the story is enacted in front of our eyes. It is claimed that , wherever Rama’s tale is told, Hanumaan himself joins the gathering and reverentially stands with tear-filled eyes, listening. This has been my personal experience. Whenever I read the story about this ” ordinary human being “, my eyes fill up with tears. I rechecked my emotions while preparing to write down this entry. When I read Chapter XV, my eyes can not resist from filling up with tears. For having experienced this emotional connection, I could claim that Rama is my beloved Hero. My desire to speak about Rama is provided by Rama himself and I did mention about it in the very first entry and had given credit to the Telugu poet Bammera Potana whom I had acknowledged as my ‘mentor’.Potana had proclaimed that he wrote his poems with the help of the creative spirit that springs directly from Rama. My Master Shiva had consented to entertain this idea that Rama is my resource for creative writing, my GURU Krishna had approved that I could act to express my sentimental attachment to Rama, Saraswati had gracefully provided the ability to pen my thoughts , Hanumaan had certified that my tears are genuine and Ganesha had blessed my effort and would let me post this entry.The life’s journey is described as a perilous and tedious swim across an unknown and uncharted ocean and I would like to remain afloat while I cross this ocean and the name ‘ RAMA ‘ is like a life jacket, a floatational device which would help me to get to the destination and would let me reach the shore.I live in a universe which is a reflection of ” MAYA “. I find no better way to know the ultimate reality. I would prefer to cling to the two letter ‘MANTRA’ of RA MA . I would just be happy if I could find the way and end up in the company of others who had lived before me and had placed their trust in this name.

Mother Kaikeyi spoke prophetic words when she said Rama’s dutifulness would bring him glory undying. That glory she said will continue as long as the Himaalaya stands and the waters of Ganga flow and as long as the ocean-waves beat on the solid earth.

May everyone that reads the Chapter XV of Ayodhya Kanda receive by Rama’s grace the strength to bear the sorrows that have to be faced in life.

I would have loved to share these thoughts with my mother and I shed tears reading Rama’s story while remembering her.

The cartoon picture of decapitated Buddha that was published in The Ann Arbor News on Wednesday, October 3, 2007 is plainly disgusting and is clearly an insult. It serves no purpose other than to hurt the feelings of people who respect Lord Gautama Buddha.

Having worked for the Central Intelligence Agency’s ‘ Campaign for Tibet ‘ for over four years in the past, I have come to the following conclusions :

1.America’s support for Democracy and Human Rights is good when and where it serves their selfish interests.

2.America does not care to give a hoot to Buddha.

If the pro-democracy movement in Burma is orchestrated by foreign agents, it would not deserve any support from India. We should let Burmese people develop their own political parties and any outside interference should be condemned. 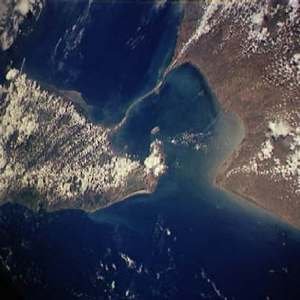 Adam’s Bridge or Sethu Bandhanam – Who had lifted the stones? 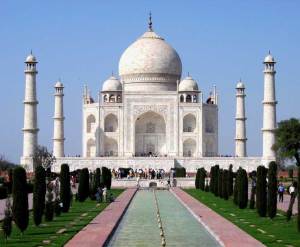 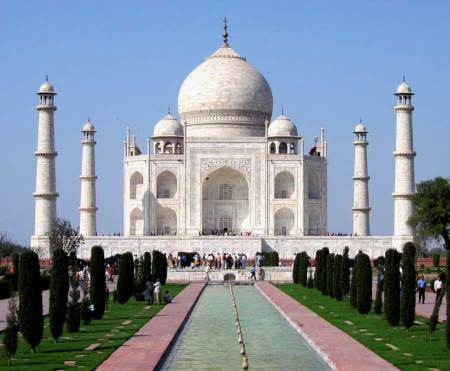 I would very much love to be known as a rational thinker and my faith is just a byproduct of my rational thinking. I started my life in Mylapore, Madras and had stated as to how Dravida Munnetra Kazhagam gave me concerns about my Identity. Kindly refer to my entry titled ‘DEFINING INDIAN IDENTITY-THE LANGUAGE FACTOR’ http://bhavanajagat.wordpress.com/2007/08/13/defining-indian-identity-the-language-factor/  . I grew up in the “SMARTHA” tradition established by Shankaracharya, and  rational thinking is always acceptable to me.The ancient Land of India is known for the lively debates and the battle of intellects at all of its seats for higher learning.
We often attach too much importance to the Kings and the Emperors who had ordered building of monuments such as the Pyramids or the Taj Mahal. The real credit should be given to those nameless workers who had actually labored, carved and lifted the stones and made the monuments a cherished reality. The ‘Adam’s Bridge has generated some controversy. The DMK Party leader M.K. Karunanidhi would prefer to view this structure as the legacy of Prince Rama, an Aryan person. I would like to say that we must give recognition to the denizens who had lived south of Vindhya mountains. They had lifted the stones and the trees and built this land connection to Sri Lanka. If these workers were of Dravidian origin, the Adam’s Bridge represents the heritage of Dravidians.
Dr. R. Rudra Narasimham, 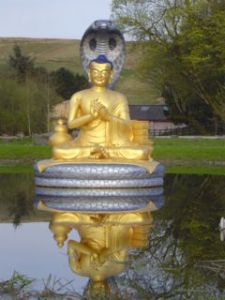 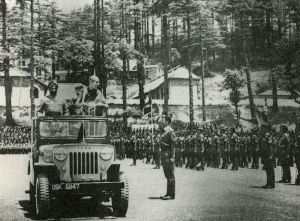 I belong to ‘ The Land of Gautama Buddha and I had whole heartedly pledged my support to His Holiness DALAI LAMA and to the people of his Land and I firmly believe that we should seek and give our support for a ‘ FREE TIBET ‘.
This entry is dedicated to the loving memory of those brave men who had sacrificed their lives while nurturing fond hopes to win freedom for Tibet and they cherished a dream to preserve the Tibetan Identity.
http://360.yahoo.com/rebbapragada@sbcglobal.net 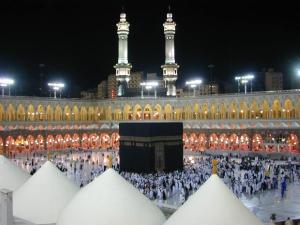 GLORIOUS QURAN – SURAH VIII – SPOILS OF WAR, VERSE NUMBER 61: “AND IF THEY INCLINE TO PEACE, INCLINE THOU ALSO TO IT, AND TRUST IN ALLAH. LO! HE IS THE HEARER, THE KNOWER.”

THE GOSPEL ACCORDING TO SAINT MATTHEW, CHAPTER 5, VERSE NUMBER 9: “BLESSED ARE THE PEACEMAKERS, FOR THEY WILL BE CALLED SONS OF GOD ”

OPERATION EAGLE 1971 – A SERMON FROM GLORIOUS QURAN AT KAPTAI :

Operation Eagle 1971 was conceived by Prime Minister Indira Gandhi to deliver peace to the people of Bangladesh who had earlier declared their independence from Pakistan. I had the good fortune to serve under the Command of an Islamic Scholar who had performed Hajj and who had retained the entire book of Holy Quran in his memory and a true master of Islamic religious tradition and rituals of worship. Peace is the greeting of the Righteous. The Righteous while engaged in war are inclined towards Peace. My South Column Infantry Unit Commander of Operation Eagle, Lieutenant Colonel B K Narayan belonged to the Regiment of Artillery and during the time I spent with him I learned about the peace traditions of Righteous Muslims. Kindly read my personal tribute to this Islamic Scholar who had served Indian Army in its Olive Green Uniform.