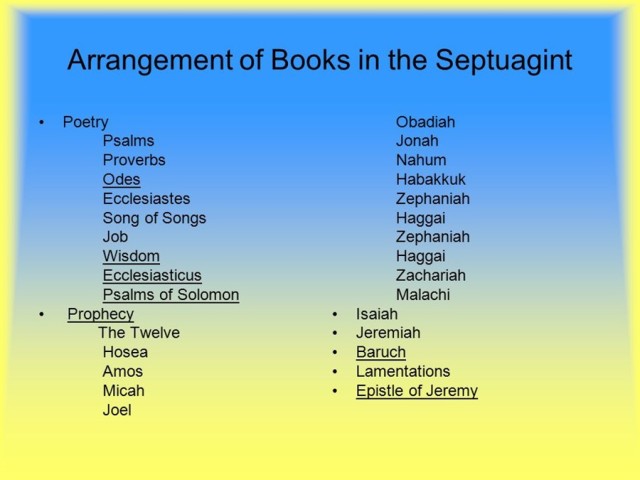 I am inviting my readers to reflect upon the choice made by Jesus Christ when he rode into Jerusalem riding on the back of a donkey. 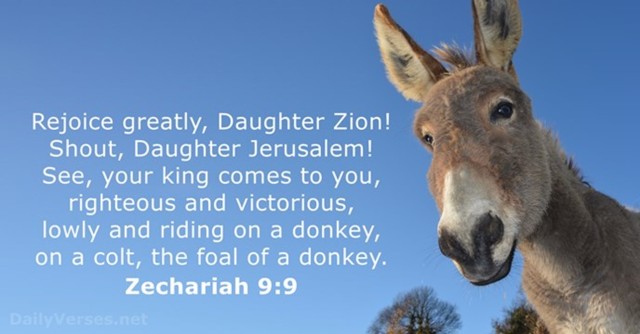 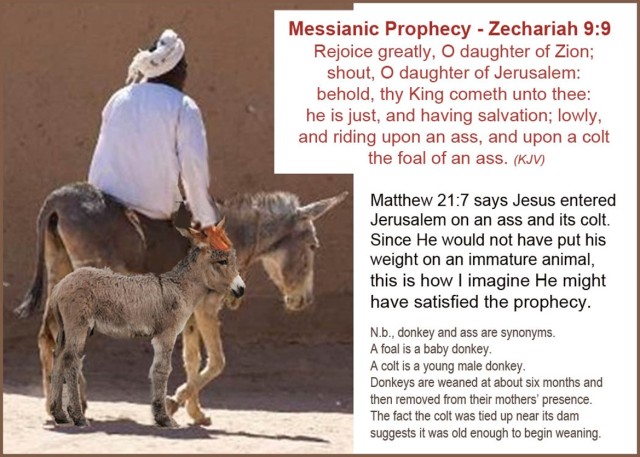 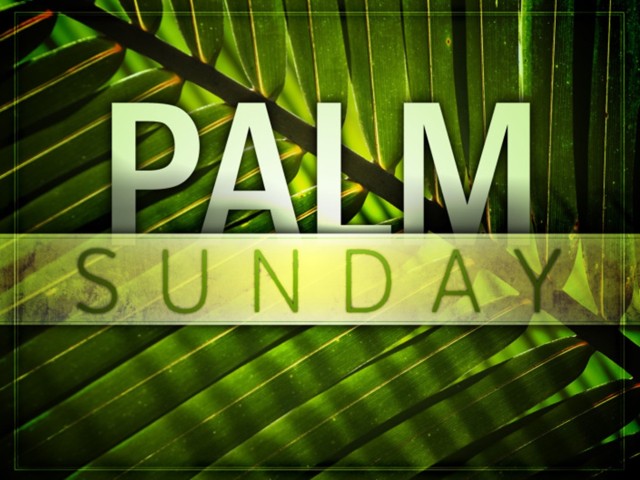 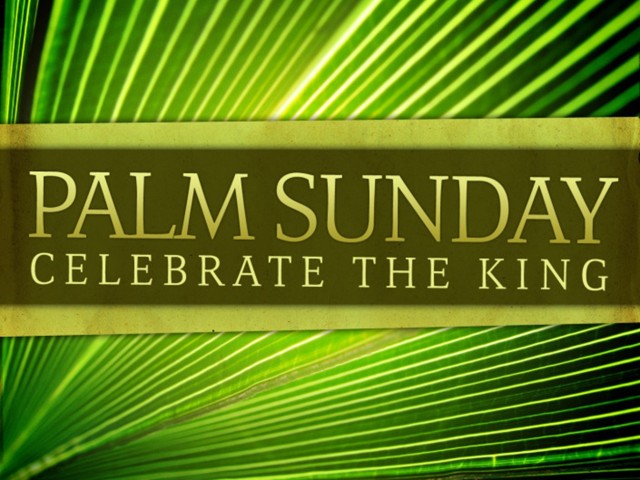 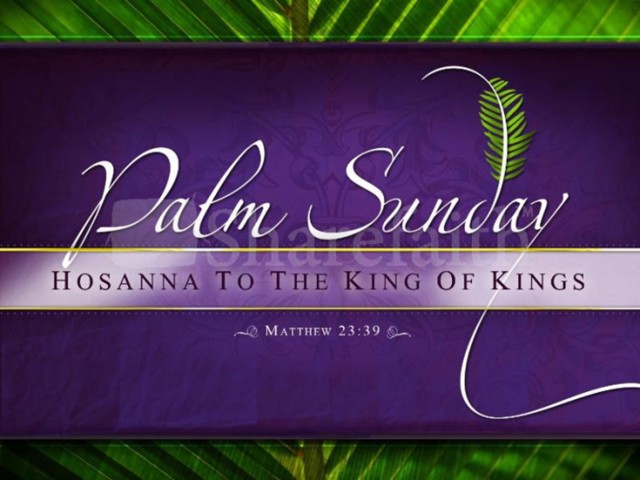 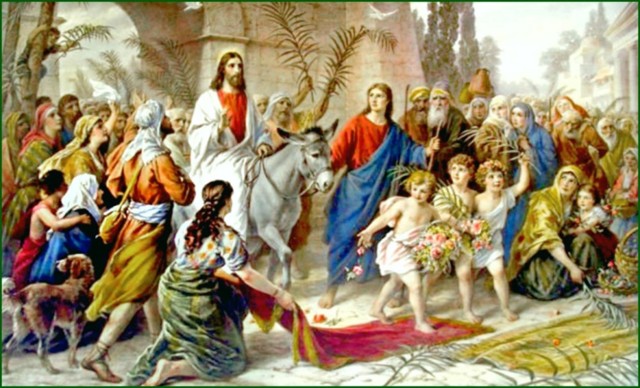 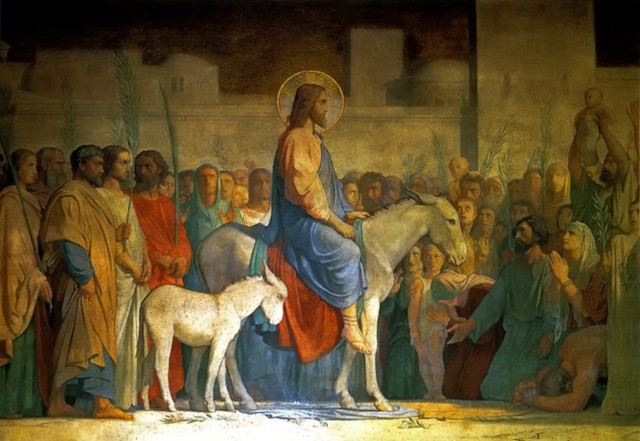 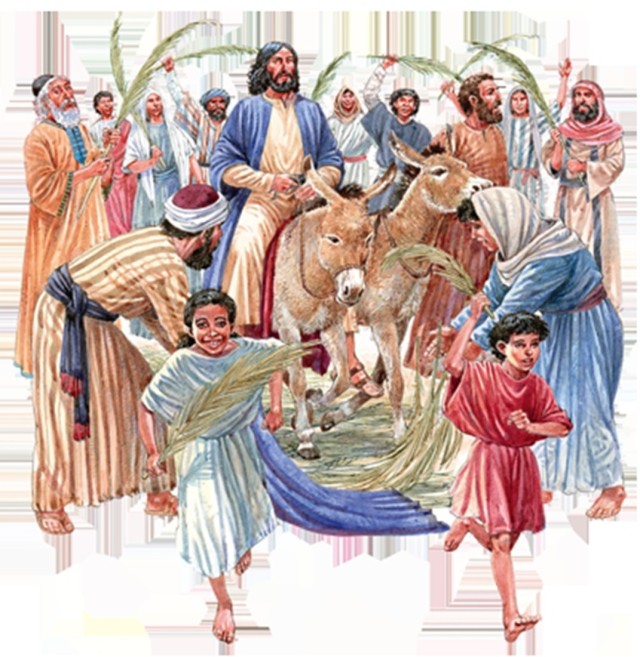 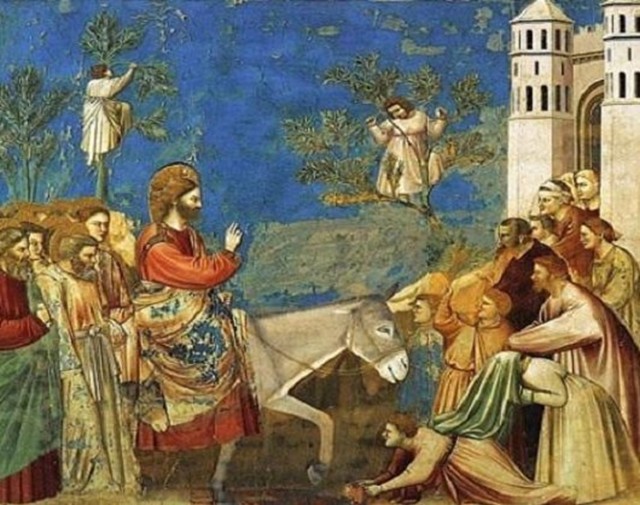 Palm Sunday – Whole Gospel. The Gospel According to Saint Matthew is the First Book of The New Testament. Its historical account of Jesus’ Triumphal Entry into Jerusalem on Palm Sunday differs from the other three Gospels. The Gospel Story that I am sharing describes a vision of the Second Coming of Jesus Christ.

THE GOSPEL ACCORDING TO SAINT MATTHEW: 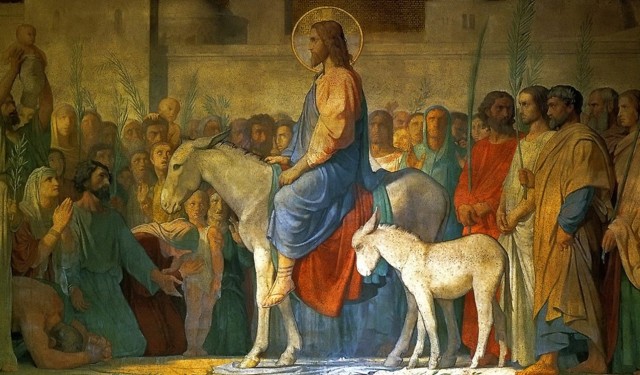 The Gospel of Matthew was written in Greek language; is the most highly valued, most popular, and widely read of the four Gospels. This is revealed not only by its position in the canon, it is found in first place in most of the known lists of the Gospels but also by the fact of its widespread citation and for it is by far the most often quoted Gospel. Matthew, the Apostle (The Book of Matthew, Chapter 10, verse 3) was eyewitness to the most significant events of Christ’s life and mission. Matthew (Greek. Maththaios) was initially known as Levi, a tax collector(telones) whom Jesus met at the tax office (Matthew, Chapter 9, verse 9). Levi changed his name to Matthew (Hebrew. “Gift of Yahweh”) and it may mean “Amittai” or “True” when he became a disciple of Jesus. He carefully recorded all the teachings and sayings of Jesus and the Book of Matthew is the teaching Gospel par excellence. Matthew’s Gospel is also the Gospel of fulfillment and it is especially concerned with showing that Christ is fulfillment of the Revelations of The Old Testament. Matthew’s Gospel is the historical record of Jesus Christ, the King of Jews. It describes the birth of the King, preparation of the King, the Law of the kingdom, the power of the King,  proclamation of the kingdom, rejection of the King, the growth of the kingdom, the Mission of the King, the fellowship of the kingdom, the Triumphal entry of King into Jerusalem,  consummation of the kingdom, the death and Resurrection of the King, and finally the great challenge of the kingdom. I would like to focus upon the most important event of Jesus’ entry into Jerusalem as a King in a ceremonial procession.

CROSS AND DONKEY CROSS – THE SYMBOLIC REPRESENTATION OF REDEMPTION:

Cross (Greek. Stauros): There are three biblical uses of the term: first, the wooden instrument of torture; second, the Cross as a symbolic representation of redemption; third, death on the Cross, i.e., Crucifixion. The English word ‘Cross’ is derived from the Latin ‘Crux’. The Cross existed in different forms, the most important form is known as ‘The Crux immissa’, the type of Cross usually presented in Art in which the upright beam extends above the cross beam, and traditionally this depiction of Cross is held to be the Cross on which the ‘Redeemer’ suffered and died. It is often called the ‘Latin form of Cross. Because of the sacrificial death of the Savior on the Cross, it is presented as the medium of Reconciliation (The Epistle of Apostle Paul to Ephesians, Chapter 2, verse 16) between man and God. In the Epistle of Apostle Paul to the Colossians, Chapter 1, verse 20, states that Peace is affected through the Cross and Chapter 2, verse 14 also claims that the penalties of the law are removed from the believer by the Cross. The Epistle of Apostle Paul to the Galatians, Chapter 2, verse 20 says that man is crucified with Christ and lives by faith of the Son of God. Crucifixion is a dreaded event, and in common usage, the cares and troubles of life are often compared to a Cross. Kindly examine the connection between Cross and the humble Donkey which man used as a beast of burden. 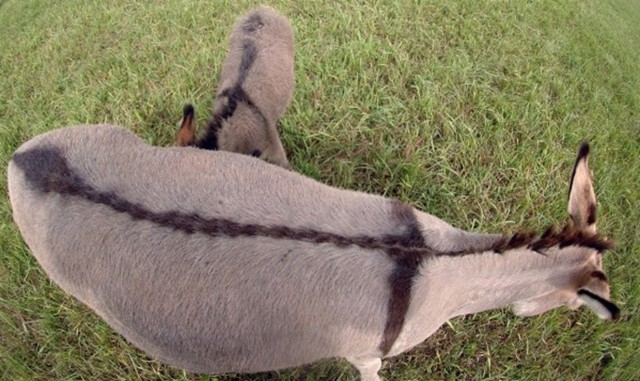 Palm Sunday – Whole Gospel. The ‘Cross’ is a symbolic representation of redemption, it describes the act known as Crucifixion or death on the Cross on which the Redeemer suffered and died. Donkey, Eqqus africanus asinus has a dark stripe from the mane back to onto the tail and a prominent crosswise stripe across the shoulders.

Donkeys are domesticated descendants from African ass(true ass ) known as Eqqus asinus which belongs to the Horse family of Equidae. Donkeys derived from Nubian and Somalian subspecies of African wild ass have served mankind since 4,000 B.C. It is tamed and trained for work. It is sturdy, surefooted, known for its endurance and for its ability to carry heavy loads. Donkeys were a fundamental part of economy, they undertook heavy work on the farm and sometimes used for personal transportation. In the southwestern United States, the small donkey is known as ‘Burro’, the word for donkey in Spanish language. Many Americans are very fond of eating ‘burrito’, a Mexican dish consisting of a flour tortilla wrapped around a filling of meat, cheese, refried beans, etc. However, most Americans are not familiar with the crosswise stripes on Donkey’s back that could be termed as ‘Donkey Cross’. Donkey is frequently mentioned in the Books of Bible; Prophet Abraham’s journey of testing, with his son Issac, was made with a donkey(The First Book of Moses, Genesis, Chapter 22, verses 3,5), Balaam’s donkey was given the temporary power of speech in order to rebuke the foolish prophet(The Fourth Book of Moses, Numbers, Chapter 22, verses 21-33), Israelites captured some 61,000 donkeys from the Midianites(The Fourth Book of Moses, Numbers, Chapter 31, verse 34). Mule is the offspring of a male donkey and a horse mare and it is sterile. King David introduced the use of mule for riding. In the Biblical times, mules were used by kings, officials, and army officers for personal transportation. Jesus Christ, the one coequal with God descended to the agony and torture of death due to Crucifixion by riding on the back of a donkey to fulfill the prophecy of Zechariah 9:9 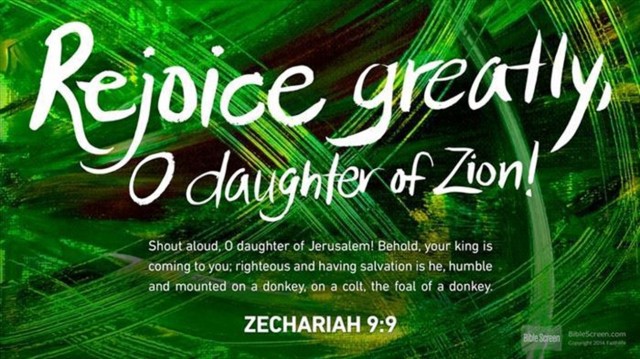 “Tell the daughter of Zion,

‘Behold, your King is coming to you.

Lowly, and sitting on a donkey,

A colt, the foal of a donkey.” 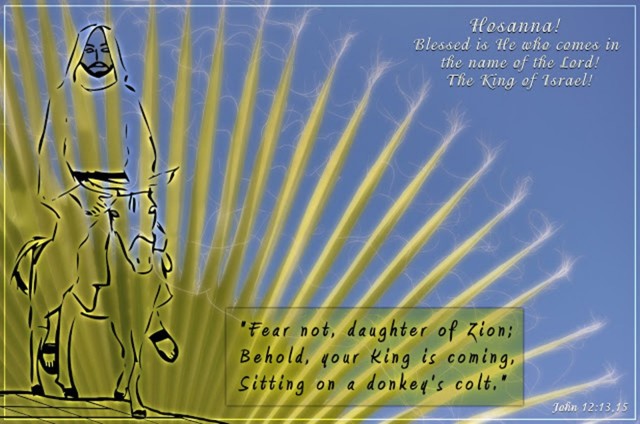 It is very interesting and important to note the difference in narration of this event. In the Gospel of Matthew, Chapter 21, verse 2, Jesus instructs two of his disciples, “Go into the village opposite you, and immediately you will find a (female) donkey tied, and a colt (young, male donkey) with her. Loose them and bring them to Me.” In the Gospel According to Mark, Chapter 11, verse 2, in the Gospel According to Luke, Chapter 19, verse 30, and in the Gospel According to John, Chapter 12, verse 14, no mention was made about the female donkey which was needed by Jesus and fetched by His disciples. Many Biblical scholars are not able explain this apparent discrepancy in the four Gospel accounts and they are not certain if one or two donkeys are involved and the gender identity of the donkey(s) that Jesus used for His victorious entry into Jerusalem. The four Gospel accounts are incomplete and have not revealed the Whole Story of the Donkey and the Donkey Cross.