On September 07, 2017 Uncle Sam’s Korea-Vietnam War remains unfinished. Uncle Sam’s real Enemy is neither Korea nor Vietnam. The real Enemy is the threat of spread of Communism in Asia. Nixon-Kissinger paved the way for Communist China’s admission to the United Nations and as Permanent Member of UN Security Council. Uncle Sam will never get the opportunity again to pass resolution in the United Nations for the use of force to repel the Communist North Korea.


Slightly more than two months after the United Nations approved a U.S. resolution calling for the use of force to repel the communist North Korean invasion of South Korea, the Security Council rejects a Soviet resolution that would condemn the American bombing of North Korea. The Security Council action was another victory for the United States in securing U.N. support for the war in Korea.

In June 1950, armed forces from communist North Korea attacked South Korea. Days after the invasion, the United States secured approval in the U.N.’s Security Council for a resolution calling for the use of force to repel the communists. The Soviet Union could have vetoed the resolution, but its representatives were boycotting the Security Council because of the U.N. decision not to seat the communist government of the People’s Republic of China. Just a few days after the Security Council resolution was passed, President Harry S. Truman ordered U.S. military forces into South Korea. The introduction of the U.S. forces turned the tide of the war, and by September 1950, the North Korean forces were in retreat and U.S. planes were bombing military targets inside North Korea. On September 7, the Soviet representative on the Security Council proposed a resolution condemning the United States for its “barbarous” bombing of North Korea. Referring to U.S. policies in Korea as “Hitlerian,” the Russian representative called the bombings “inhuman.” The U.S. representative responded by charging the North Koreans with numerous war crimes, including murdering prisoners of war. He also denied that the bombings were “inhuman,” insisting that the United States was using every effort to warn North Korean civilians to stay away from the military targets being hit. He concluded by stating, “The moral is plain: Those who sow the wind will reap the whirlwind. Moral guilt rests heavily upon the aggressors.” By a vote of 9 to 1, the Security Council defeated the Soviet resolution, with only the Russian representative voting to support it.

The Security Council defeat of the Russian resolution was another victory for the United States in securing U.N. support for the war effort in Korea. This war marked the first time the United Nations had ever approved the use of force, and U.S. officials were determined to maintain U.N. support for what was, in effect, a U.S. military effort. America supplied the vast majority of the ground, air, and sea forces that responded to the Security Council’s resolution calling for the use of force in Korea. The Soviets, sensing the grave consequences of their absence from the vote on that resolution, now desperately tried to attack U.S. actions in Korea. As they discovered with the crushing defeat of their resolution condemning the U.S. bombings, it was too late.

On this day in 1813, the United States gets its nickname, Uncle Sam. The name is linked to Samuel Wilson, a meat packer from Troy, New York, who supplied barrels of beef to the United States Army during the War of 1812.Wilson (1766-1854) stamped the barrels with “U.S.” for United…

U.S. Marines and South Vietnamese forces launch Operation Piranha on the Batangan Peninsula, 23 miles south of the Marine base at Chu Lai. This was a follow-up to Operation Starlight, which had been conducted in August. During the course of the operation, the Allied forces stormed a stronghold… 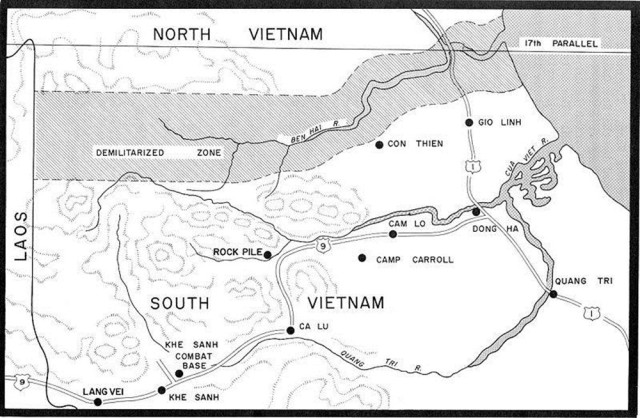 U.S. Secretary of Defense Robert S. McNamara announces plans to build an electronic anti-infiltration barrier to block communist flow of arms and troops into South Vietnam from the north at the eastern end of the Demilitarized Zone (DMZ). The “McNamara Line,” as it became known, would employ state-of-the-art, high-tech…