In my theory, “Beijing Doomed – Nature’s Plan for Natural Freedom in Tibet,” I claim that National entity known to World as Tibet came into physical existence because of Natural Forces entirely operated by Nature. India’s Tectonic Collision with Asia began about 45 million years ago. Most school children learn that the Tibetan Plateau called ‘The Roof of the World’ was product of India-Eurasia Continental Collision. Tibetan Plateau is maintained by the Northward motion of the Indian plate. Tibet stands more than three miles above Sea Level. The Natural Force operating to maintain Tibet contributed to Tibet’s geographical isolation apart from sustaining Natural Order, Natural Balance, and Natural Equilibrium for sustained periods of time even after arrival of man in Natural World. My theory on Beijing’s Doom takes into consideration Natural Factors, Natural Mechanisms, Natural Forces, and Natural Events that impact Natural Conditions of Earth. Meteorite or Bolide impacts are one of the most destructive forces in the Solar System. The effects of such ‘Heavenly Strikes’ or Asteroid Impacts linger for billions of years. Several such ‘Heavenly Strikes’ on planet Earth in the past caused Major Extinction Events altering the face of Earth. The last such Major Extinction Event happened about 35 million years ago and contributed to Eocene Mass Extinction. In my analysis, Tibetans enjoy Natural Freedom and lead Lifestyles characterized by Natural Sense of Independence as it is entirely preserved by Natural Forces operating in Nature. Tibetans have chosen a Spiritual Leader called the Dalai Lama to manage their lives both as individuals and as a national group. The succession of Political Power in the Institution of Dalai Lama depends upon Natural Selection predetermined by Dalai Lama’s Living Spirit which is not influenced by Human Choice or Human Action. In Tibet’s long political history, foreign conquests by Mongol Dynasty and Ch’ing or Qing Dynasty of China have not altered Natural Freedom and Natural Lifestyle of Independence that shapes Tibetan Existence. Red China’s Military Conquest and Occupation of Tibet since 1950s cannot be described as Natural Event. Communist takeover of Tibetan National Affairs and Tibetan Governance remains “UNNATURAL” Event, for it is not shaped by Natural Force that still prevails in sustaining Tibetan Identity. I foresee Nature’s Plan for Natural Freedom in Tibet coming into operation. 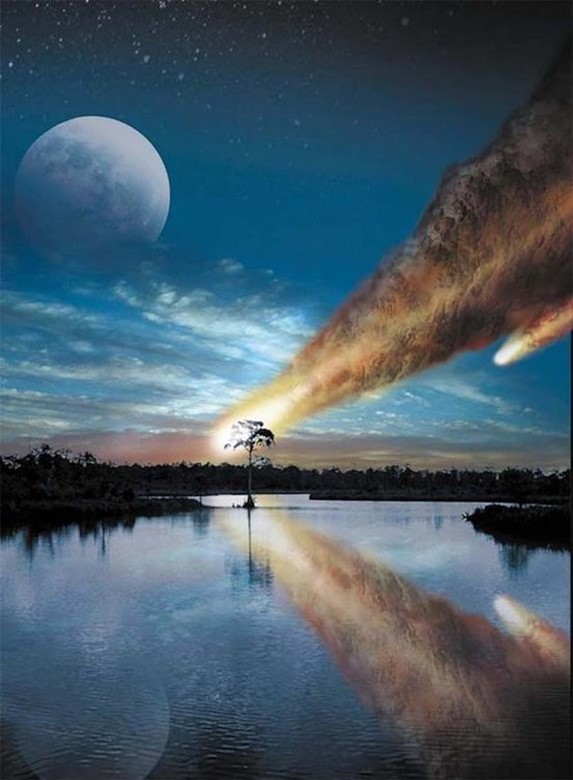 Nature will counteract against Red China’s use of Physical Force that led to Tibet’s Occupation. Beijing invited this devastating Disaster, Catastrophe, Calamity, Cataclysmic Event, Apocalypse, or Doom because of her own Evil Action using Physical Force in Unjust, Unfair, and irresponsible manner. Beijing cannot ward off the impending Disaster by paying ransom. Beijing will experience Regime Change not because military actions of other nations of this World. 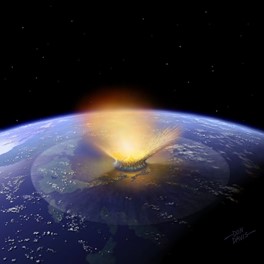 I am predicting Cosmic Event, Asteroid or Heavenly Strike to deliver and unleash massive force of Power or Energy to punch Beijing causing her sudden, unexpected Downfall restoring Tibet to its Original, or Natural Condition, or State called FREE.

SACRAMENTO, Calif. — New evidence implicates one of Earth’s biggest impact craters in a mass extinction that occurred 33.7 million years ago, according to research presented here Wednesday (June 11) at the annual Goldschmidt geochemistry conference.

Researchers from the University of California, Los Angeles precisely dated rocks from beneath the Popigai impact crater in remote Siberia to the Eocene epoch mass extinction that occurred 33.7 million years ago. Popigai crater is one of the 10 biggest impact craters on Earth, and in 2012, Russian scientists claimed the crater harbors a gigantic industrial diamond deposit.

The new age, which is later than other estimates, means the Eocene extinction — long blamed on climate change — now has another prime suspect: an “impact winter.” Meteorite blasts can trigger a deadly global chill by blanketing the Earth’s atmosphere with tiny particles that reflect the sun’s heat. [Crash! 10 Biggest Impact Craters on Earth]

“I don’t think this will be the smoking gun, but it reopens the door to Popigai being involved in the mass extinction,” said lead study author Matt Wielicki, a UCLA graduate student.

Previously, all four craters were ruled out because of their ages. Earlier dating attempts had pinned Popigai’s impact age at 35.7 million years ago, Wielicki said. And 2 million years is too much of a time lag between a meteorite blast and disappearing species, he said. The cosmic impact that killed the dinosaurs 65 million years ago coincides in time with its extinction by just 33,000 years, according to the most precise dating techniques available.

With no meteorite to blame for the Eocene mass extinction, scientists focused on climate change. In this case, global cooling killed off many species, researchers think.

Here’s how they can tell: By measuring isotopes of oxygen, carbon and other elements in Eocene-age rocks, researchers can estimate Earth’s past temperature and greenhouse-gas levels. (Isotopes are elements with different numbers of neutrons in their nuclei.) The signal from the Eocene shows the epoch started off extremely warm and then swung toward colder, drier conditions before the big extinction event. However, a sharp spike in these climate signals at the end of the Eocene hints at short-lived but extreme global cooling, followed by a rebound to warmer temperatures.

“The age of the crater matches perfectly with that [short-term] global change,” Wielicki said.

Wielicki thinks the Popigai impact created a global icehouse, similar to the climate disasters seen after enormous volcanic eruptions or the dinosaur-killing impact. The meteoritic crash could have pumped massive amounts of sunlight-reflecting sulfur droplets into the atmosphere, he said. The planet’s “quick” recovery, in geologic time, set plants and animals on an evolutionary path to modern species.

The end of the Eocene was the last big mass extinction in Earth’s history. More than 90 percent of snails disappeared, sea urchins were hard hit and the earliest toothed whales died off, which eventually would be replaced by modern whales. The dramatic shift of European mammals, called the “Grand Coupure,” occurred soon afterward, following Eocene-Oligocene transition. 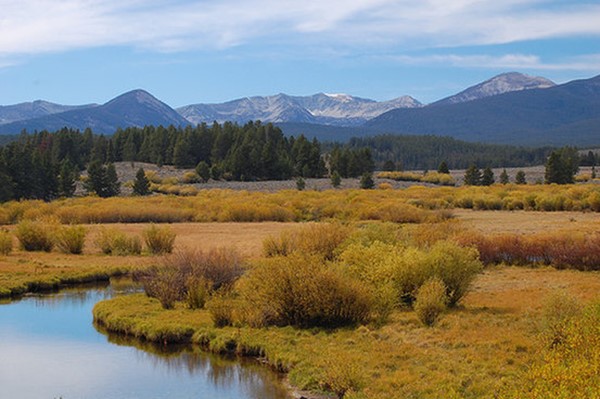 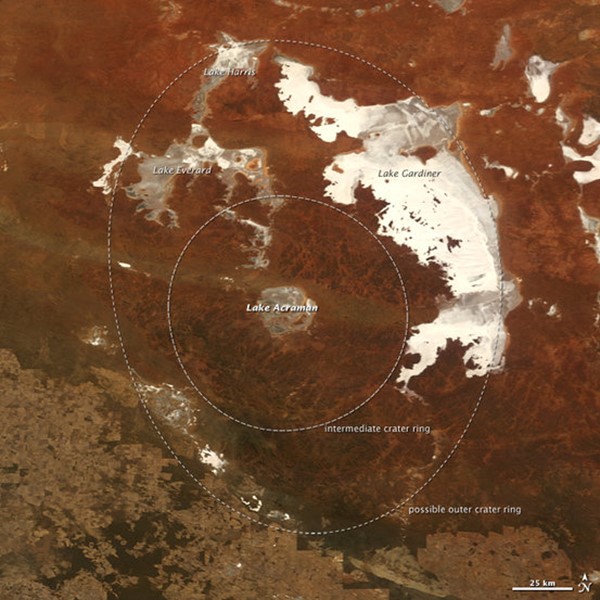 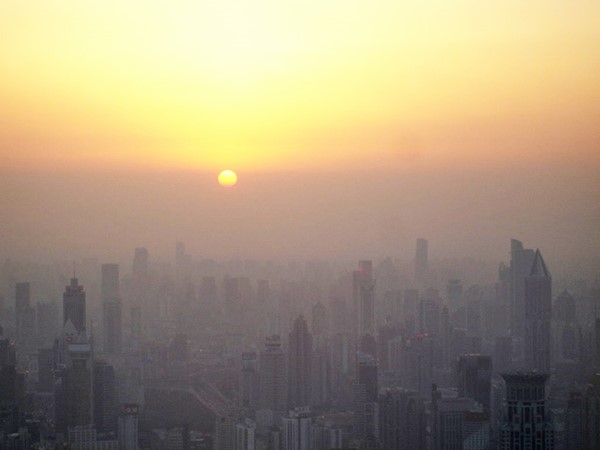