Red China’s War of Intimidation at The Graduate Institute, Geneva is sign and symptom of ‘Trouble in Tibet’. Red China is urging diplomats and United Nations officials to boycott Dalai Lama in Geneva “due to his separatist activities.” Red China cannot justify her military occupation of Tibet by accusing Dalai Lama of ‘Separatism’. As such, Tibet is Not Part of China, and Tibet is Never Part of China. Tibet’s military occupation contributed to erosion of Human Rights and Dalai Lama has right to defend Human Rights in Tibet. 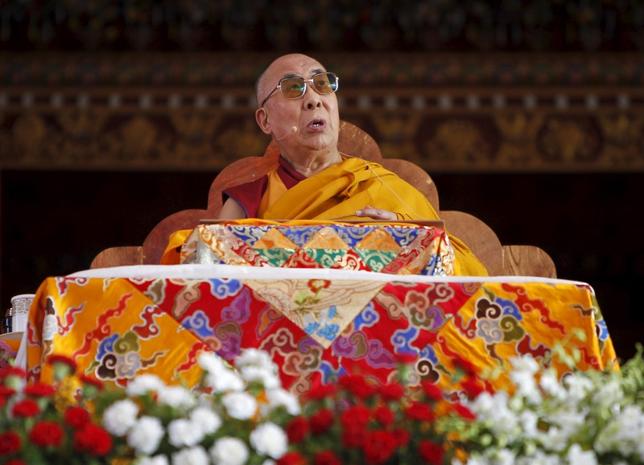 GENEVA China has written to diplomats and U.N. officials urging them not to attend a Geneva event on Friday where the Dalai Lama will speak, reasserting that it opposes his appearance at all venues due to his “separatist activities”.

Reuters reported in October that China is waging a campaign of intimidation, obstruction and harassment that Western diplomats and activists say is aimed at silencing criticism of its human rights record at the United Nations.

In a letter seen by Reuters on Thursday, China’s diplomatic mission in Geneva raised objections about the presence of Tibet’s exiled spiritual leader on the panel of Nobel laureates, being held at the Geneva Graduate Institute.

“Inviting the 14th Dalai Lama to the aforementioned event violates the sovereignty and territorial integrity of China, in contravention of the purposes and principles of the U.N. Charter. China resolutely opposes the 14th Dalai Lama’s separatist activities in whatever capacity and in whatever name in any country, organisation or event,” it said.

The letter was dated March 8, the day that the event – being sponsored by the United States and Canada – was announced.

“The Permanent Mission of China kindly requests the Permanent Missions of all Member States, U.N. agencies and relevant International Organizations not to attend the above-mentioned event, nor meet the 14th Dalai Lama and his clique.”

The Dalai Lama, who won the Nobel Peace Price in 1989, fled into exile in India in 1959 after an abortive uprising against Communist rule. China views him as a separatist, but the monk says he only wants genuine autonomy for his Himalayan homeland.

No delegation is making a formal complaint about China at the four-week session but there has been criticism recently of its mass arrests of lawyers, including from the United States.
A joint statement critical of China, sponsored by about a dozen countries including the United States, is to be read out at the forum on Thursday around midday (1200 GMT), the U.S. mission’s spokesman in Geneva said.

He declined to comment on China’s request for a boycott, saying: “I refer you to Chinese authorities for their views. We do not comment on the substance of our diplomatic exchanges.”
Philippe Burrin, director of the Geneva institute, said that “pressures are being applied from various sides” but the event would not be cancelled.

“This is a question of freedom of expression and academic freedom to organise an event,” he told Reuters.

“It is not an event on Tibet, it is not on a politically sensitive subject, i.e. territorial issues, but on the role of civil society in promoting human rights,” he said.

U.N. Deputy High Commissioner for Human Rights, Kate Gilmore, the panel’s moderator, is believed to be one of the first senior U.N. officials to meet the Dalai Lama.
The event, which also features Nobel laureates from Iran and Yemen, is taking place on the sidelines of the annual session of the U.N. Human Rights Council, which monitors and examines violations worldwide.

Thursday is the fifty-seventh anniversary of the beginning of the Tibetan people’s peaceful uprising against China’s invasion and occupation of Tibet.
(Editing by Louise Ireland)
Thomson Reuters is the world’s largest international multimedia news agency. Reuters.com 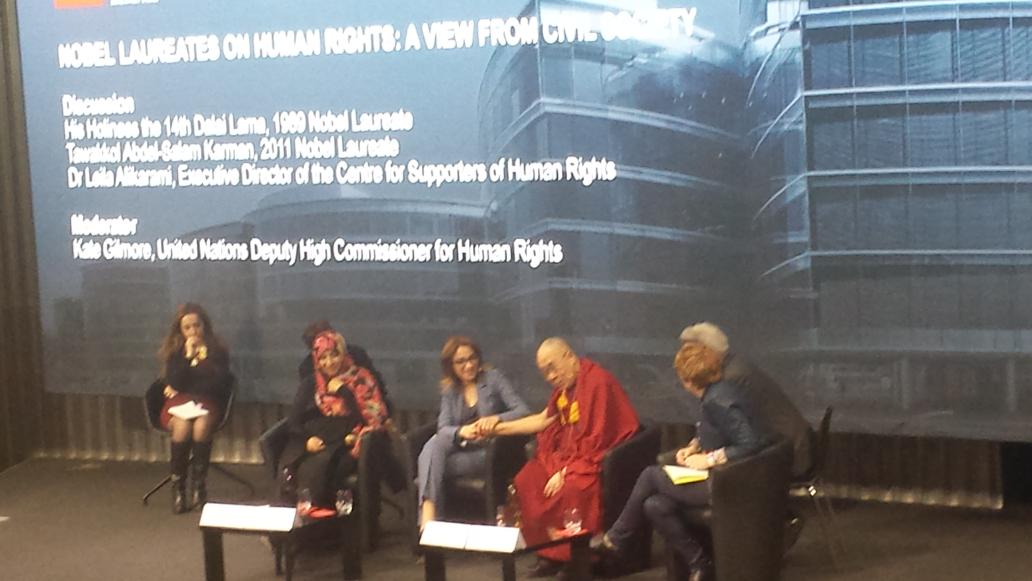