TROUBLE IN TIBET – FIND A DOCTOR IN TAIWAN 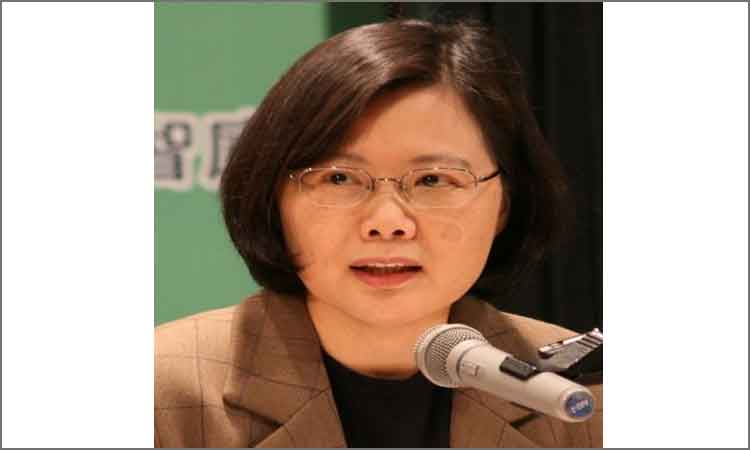 History, despite Francis Fukuyama’s prediction of it having ended, was made on Saturday, January 16th 2016 in the “Separate Customs Territory of Taiwan, Penghu, Kinmen and Matsu”, aka Chinese Taipei, aka Republic of China or the de facto Republic of Taiwan. Tsai Ing-Wen of the Democratic Progressive Party was elected President with 56% of the vote defeating Kuomintang’s Eric Chu. Besides, electing its first ever female president from the Democratic Progressive Party, the citizens of this island nation thoroughly defeated the President Ma Ying-Jeau’s Kuomintang Party for excessively placatory and deferential postures towards Beijing. The people of the Republic of Taiwan democratically slapped the Communist China on the face despite its repeated catastrophic warnings. History was also made because per analysts, “A new Taiwanese identity won” in the elections. A new generation with pro-independence mind gave a resounding defeat to the status quoist KMT. The 59 years old Tsai, a former law Professor is an alumnus of the University of Cambridge. She made the history as being elected the first female leader of an Asian nation without having any prior family connections or following the path of dynastic succession.

It was the 6th direct election for the President of Taiwan since 1988 when Taiwan became a de facto and de jure democracy. The Democratic Progressive Party, also secured a majority in the legislature, marking the first time that the DPP can govern alone with over a 50% majority. Results on the Central Election Commission’s website showed Ms. Tsai receiving 6.9 million votes, around 56% of the total, with her main rival, KMT candidate Eric Chu, getting 3.8 million, or 31%. A third-party candidate took the remainder. It is the first time the ruling KMT and its allies have lost control of the legislature since Chiang Kai-shek moved his Nationalist government across the Taiwan Strait after its defeat on the mainland by Communist forces in 1949.

Government of India should send a large official delegation for inauguration of the President-elect Tsai on May 20th 2016. India needs to exploit this democratic opportunity of government transition in Taiwan to engage it strategically besides deepening the economic and mercantile ties. Over the years, this analyst has made case for deeper economic, mercantile and strategic engagement with Taiwan in an effort to balance Communist China (1, 2). India’s civil society and the hyperactive NGOs need to make their presence felt in the Republic of Taiwan. There are several levels at which Indian civil society should engage the Taiwanese people. Since our ruling party the BJP has party to party relations with the Communist Party of China and has sent several party delegations to China, it should seriously consider sending an official party delegation for the inaugural of President Tsai. From a more pragmatic perspective, the BJP delegation should consist of former heavy weight cabinet ministers like Yashwant Sinha, Dr. Subramanian Swami and Dr. Arun Shourie. Building party to party relations with the Democratic Progressive Party will serve India’s long-term strategic interests.

The easy way forward would be for the Federation of Indian Chambers of Commerce & Industry (FICCI) and the Confederation of Indian Industry (CII) to send large delegations to drum up more business, investments and joint ventures with their Taiwanese counter-parts. Indian business houses must invest in the tourism and hospitality sector in Taiwan especially in the strategically important island of Penghu in the Taiwan Straits. Newer business entities like Patanjali Yoga Trust should consider exporting their organic consumer items in Taiwan.

Besides the business leaders, Indian Think-tanks, civil society, cultural and religious organizations should step up to the plate to foster people to people relations. Dharmic organizations should foster the Buddhist-Hindu brotherhood using Dharma-Dhamma paradigm. Since the time of Asoka, the great, India has exercised cultural and Dharmic diplomacy. Perhaps, His Holiness Dalai Lama should grace the occasion of inaugural function of the President-elect Tsai with his divine presence and blessings. In the same analogy, one of the Shankaracharyas should be persuaded to travel to Taiwan for blessing the new woman president of that nation! Organizations like Dharmacharya Sabha, Art of Living and Bharat Swabhiman have a role to play in promoting Yoga, meditation and other instruments of India’s soft power in Taiwan. Even ex-servicemen organizations should be encouraged to send delegations to Taiwan for the presidential inaugural.

India needs to focus on developing religious tourist facilities in the islands of Matsu and Penghu especially shrines to the Mazu (Matsu) Guardian Goddess of the sea whom Taiwanese revere. Because Taiwan is an island and relies on the sea for sustenance, the “sea goddess” Mazu (Matsu) is very important for the seafaring Taiwanese people. Taiwanese and Chinese Goddess Guanyin (Kuanyin) began her divine existence and origin in India as the male bodhisattva Avalokiteshwara, but is usually described in Chinese communities as the Buddhist goddess of mercy. Worshipped by people of Chinese origin – including many who don’t explicitly identify themselves as Buddhist – since the 12th century, her full name is translated as, ‘she who hears all of mankind’s cries’. Reciprocally, India should hard-sell the Buddhist circuit for the Taiwanese tourists to India. Owing to historical Indian cultural influences in the East Asia, we need to remember and reinforce our soft power diplomacy while engaging Taiwan.

We both nations are the legitimate trading partners in the World Trade Organization (WTO). Chinese Taipei has been a member of the WTO since 1 January 2002. Taiwan is also a member of the Asia Pacific Economic Conference (APEC) where India’s application is pending for membership for the last twenty years (3). Taiwan is an aspiring candidate country for membership of the Trans Pacific Partnership (TPP). Officially, since we have trade and commerce going on with the Separate Customs Territory of Taiwan, Penghu, Kinmen and Matsu (Chinese Taipei), the official Indian delegation should be headed by the Commerce Minister or by the Finance Minister. Communist China has intense trade and investment relations with Taiwan, so it can’t possibly object if India adopts the same course (2). India must deepen economic engagement with Taiwan on a war footing. Taiwanese investments should be sought aggressively and tapped voraciously for the #Make-In-India Campaign. Cash-rich Taiwan is sitting on foreign exchange reserves of $425 billion as of December 31st 2015. Instead of letting this money be invested across the straits in the Communist China, India should raise the economic costs for China by providing an attractive alternative destination for the Taiwanese surplus capital for investment in India’s infrastructure.

The only country that currently exports arms to the Republic of Taiwan is the US. Taiwan is desperately trying to modernize its armed forces in view of continued military threat from the Communist China. India is trying to enter the lucrative arms export market. India has 3-4 defense items/armament systems ready in its inventory that can be exported to Taiwan in the near future. These armaments include the Tejas fighter aircrafts, Dhruva attacks helicopters, Arjun battle tanks and Brahmos hypersonic missiles. Taiwan would be delighted to buy Indian hardware for its defense. India should also take future orders from Taiwan for supply of frigates and submarines. Since Communist China is exporting and supplying arms to Pakistan and building its capacity continuously, we should do the same with Taiwan.

India’s strategic establishment must adopt diplomatic and strategic pragmatism and must learn to strike when the iron is hot! Our soft power and hard power must be complimentary to each other for sake of furthering our strategic interests.

“Disclaimer: The opinions expressed within this article are the personal opinions of the author. MyIndMakers is not responsible for the accuracy, completeness, suitability, or validity of any information on this article. All information is provided on an as-is basis. The information, facts or opinions appearing in the article do not reflect the views of MyindMakers and it does not assume any responsibility or liability for the same.”

Image Credits: By davidreid [CC BY 2.0 (http://creativecommons.org/licenses/by/2.0)], via Wikimedia Commons