TROUBLE IN TIBET – TROUBLE FOR ASIA

People of Asia are slowly coming to grips with ‘Trouble in Tibet’. Red China’s military occupation of Tibet and dam-building to control flow of South Asia’s rivers is a security threat that may need use of military power to resolve Tibet’s Trouble.

Preventing a water war in Asia

An Indian washerman works on the banks of the River Brahmaputra on a foggy winter morning in Gauhati, India, Monday, Jan. 18, 2016. (AP Photo/Anupam Nath)

Just when Asia was getting accustomed to the Chinese threat to the oceans of Southeast Asia, there’s another water worry for Asians. The government in Beijing controls the health of six major South and Southeastern Asian rivers, the heart of life in the region. All of the rivers rise on the Tibetan plateau. The Chinese have been on an intensive program of dam-building on the upper reaches of the Brahmaputra, the Irrawaddy, the Meman Chao Phya and the Mekong, which would give them the ability to control these arteries of commerce, as well as irrigation of rice and other crops, for vast areas downstream.

Snows are melting on thousands of glaciers, the largest concentration of ice north and south of the poles, repeating the ancient and constant cycle of change in the world’s weather. One Tibetan lake, Namtso, a holy site where pilgrims circumnavigate its banks in prayer, expanded by 20 square miles between 2000 and 2014. Tibet’s glaciers have shrunk by 15 percent over the past 30 years. Though subject to the whims of climate change, if melting continues at current levels the warmer temperatures could melt two-thirds of the plateau’s glaciers by 2050, and this would affect in unknown ways 2 billion people in China, India, Pakistan, Bangladesh, Bhutan, Burma, Thailand, Laos, Cambodia and Vietnam.

The most dramatic example of prospective risk is China’s plan to divert the Brahmaputra from its upper reaches, where it flows a thousand miles through Tibet and another 600 miles through India, emptying into the harbor of Calcutta, the second-largest city of India. The Brahmaputra is the lifeline of northeast India, a troubled region with caste and other ethnic conflicts.

There’s concern in Thailand, Laos, Vietnam and Cambodia over eight dams under construction on the upper reaches of the Mekong River. The Burmese military junta canceled a dam under construction in Myanmar, formerly called Burma, one of six Chinese-led hydroelectric projects planned for the upper reaches of the Irrawaddy. These plants would have exported electricity to southern China.

Government and the business interests worry that China’s apparent intention to dam every major river flowing out of Tibet will lead to environmental imbalance, natural disasters, degrade fragile ecologies, and most of all, divert vital water supplies. The extent of the Chinese program is monumental — on the eight great Tibetan rivers alone, China has completed or started construction of 20 dams, with three-dozen more on the drawing board.

The Dalai Lama points out the obvious, that China’s dam-building could lead to conflict. He warns that India’s use of the Tibetan water “is something very, very essential. So, since millions of Indians use water coming from the Himalayan glaciers I think [India] should express more serious concern. This is nothing to do with politics, just everybody’s interests, including Chinese people.”

The Chinese program for the Brahmaputra is one of the issues which complicate the India-China relationship. Indian Prime Minister Narendra Modi blows hot and cold over the threat. Despite extensive contacts, Himalayan border disputes dating from almost a century are no nearer solution than ever, and water is one of the important irritants. Increasing penetration of the Himalayan kingdoms of Nepal and Bhutan, once dependencies of Britain, has become a new concern in New Delhi.

However, China has become India’s No. 1 trading partner — up to $80 billion in 2015, an increase of $10 billion over 2014. India exports mostly raw materials and imports mostly Chinese electronics and other manufactured goods. Economic relations are the usual guarantee that political and economic disagreements will somehow be sorted out. But not always. Keeping the peace if not necessarily tranquility between the Asian giants must be a priority of the U.S. government. A water war is in nobody’s interest. 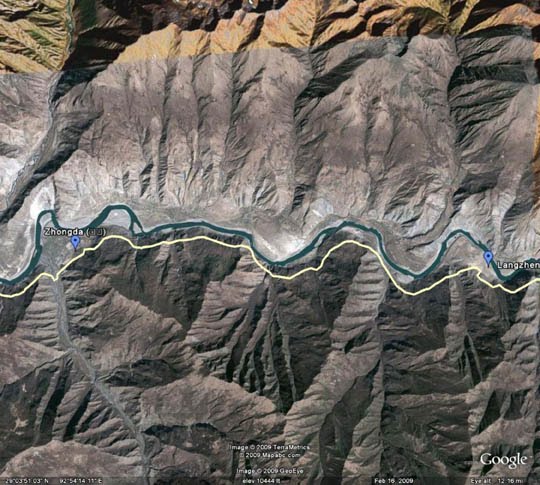 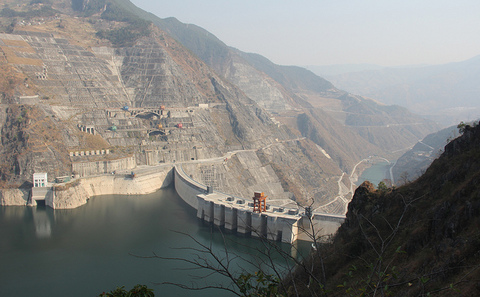