Nixon-Kissinger befriended Chairman Mao Zedong with hopes of winning Cold War against Soviet Union. However, this Nixon-Kissinger Doctrine was a disaster for US Army and United States tasted a humiliating defeat in Vietnam. Now, repeating the same old Mantra of “TIBET SILENCE”, United Kingdom is dreaming of entering a ‘Golden Era’ by strengthening trade and commerce relations with Red China. While United Kingdom is falling into a deep pit, I can only wish, “GOD SAVE THE QUEEN” from the Osborne Doctrine.

China and ‘the Osborne Doctrine’

“Let’s stick together and make a golden decade for both our countries.”

The words of British Chancellor George Osborne. With this week’s UK state visit by Chinese President Xi Jinping, the British government hopes to step over that golden threshold.
President Xi will be accorded every honour, including a visit to the prime minister’s country retreat at Chequers and an address to both Houses of Parliament.

After the pomp and ceremony of a carriage on the Mall and a state banquet at Buckingham Palace, President Xi is expected to preside over the signing of some multi-billion pound business deals, including one to bring China into the heart of Britain’s civil nuclear power programme.

“Let us embrace the golden era,” echoed the Chinese ambassador to the UK, Liu Xiaoming, in a news conference on the eve of the visit.

Last year I said the UK had some catching up to do, but now the UK is catching up from behind. It is committed to being China’s “best partner in the west”, and in developing relations with China it is indeed becoming the leader in Europe.

But as London prepares to welcome the Chinese president, the UK drive to become China’s best western partner raises important questions about costs in other areas of British foreign policy and consequences for existing alliances.

Who is China’s President Xi?

Born in Beijing in 1953 Son of Xi Zhongxun, a revolutionary who helped to found the People’s Republic of China Father purged in 1962, Xi sent to work in a remote village aged 15 Joined Communist Party in 1974 Became party chief of Shanghai in 2007 Communist Party leader since 2012 Pro-business, anti-corruption Married to actress and singer Peng Liyuan since 1987 CHINA GUARDS THE XI CREATION MYTH

Nigel Inkster, former director of operations and intelligence for the Special Intelligence Service, MI6, voices concern over “a propensity on the part of some areas of the UK government to see China as little more than a giant hypermarket, to which we can export clones of Eton and Dulwich College and the kind of Burberry rainwear that few British nationals would ever wear.

“But I think if that is really the way the relationship is perceived, it does not represent an adequate assessment of what it is we’re dealing with.”
The momentum for a shift in the UK’s China policy is coming very much from George Osborne, who also happens to be the bookies’ favourite to succeed David Cameron as leader of the Conservative Party.

Whitehall sources tell me the so-called “Osborne Doctrine” does amount to a strategic shift on China, one in which the prime minister has let the chancellor drive the agenda and where reluctant members of the cabinet are being “dragged along”.

The chancellor wants China to become the UK’s second-largest trading partner by the end of the decade. He points out that while growth in China has slowed, it is still supplying about a quarter of global growth, enough to add an economy the size of the UK’s over five years.

Mr Osborne insists that this is a golden moment, where the interests of the UK and China align. China’s maturing economy can absorb more of the services which are British export strengths.

And UK infrastructure can soak up Chinese investment funds looking for a reliable return. Win-win for both sides, according to the chancellor. But not everyone is convinced.
Jonathan Fenby is a former editor of the Observer who has written several books on China. “My unease about this policy is that in the end the British government is putting what it sees as an important national interest here, in terms of infrastructure and development, at the mercy of a regime in Beijing which we don’t understand too well, which certainly we can’t control and even whether we can influence it is another nice question.”

Chinese government and business leaders talk approvingly about the UK’s openness to Chinese investment, even in areas of critical infrastructure, which the ambassador conceded might be “unthinkable” in other countries. This openness is certainly unthinkable in China. There is no reciprocity here.

What’s more, as Chinese economic growth slows, the UK’s trade deficit with China is going in the wrong direction. Last year it was £22bn ($34bn) and new national security legislation is actually making access for some technology-related exports harder.

I foresee that British exporters who hope for a “golden decade” dividend will go on finding China hard. Chinese customers buy the product, not the fine language.
But it’s not clear that this matters. British companies with long-term ties to China tell me they don’t need government help anyway, and that business flourished even during the 18 months when the Chinese government froze relations with the British government, due to its fury over Mr Cameron’s 2012 meeting with the Dalai Lama.

Such a meeting is unlikely to happen again under this government. Senior sources tell me London was shocked by the long deep freeze that followed. “We were on the naughty step longer than the Foreign Office predicted.”

For the UK, the “prosperity agenda” has eclipsed the “values agenda” in relations with China. Both Mr Osborne and Foreign Secretary Philip Hammond say they press human rights behind closed doors, but expect no public statement of British values, discussion of treaty obligations in Hong Kong, or appeals to President Xi to release human rights lawyers, Christians or any other group whose convictions or campaigning have landed them in jail during his three years in power.

Image copyright AP Image caption China’s President Xi Jinping is a powerful advocate for his country’s economic and strategic ambitions President Xi is a more ruthless authoritarian than any Chinese leader since Chairman Mao. A conviction Communist, who believes in the legitimacy of the 1949 revolution and the necessity of single-party rule in China, his chief objective is to clean up official corruption and avoid the fate of Communism in the Soviet Union. In a speech to Communist Party insiders, he explained this obsession.

“Why did the Soviet Union disintegrate? An important reason was that their ideals and beliefs had been shaken… Nobody was man enough to stand up and resist.”
So at home, his government is weeding western ideas out of academic textbooks, making ideas like democracy or free speech off-limits and creating Communist Party cells in private companies.

Abroad, his foreign policy is driven by a more robust assertion of Chinese interests, a stance which threatens to intensify strategic competition with the United States.
So where does the UK’s new policy of “sticking together with China” leave our traditional alliances? Earlier this year, when the UK led the charge to join China’s Asian Infrastructure
Investment Bank despite objections from the United States, an unnamed official in Washington complained of London’s “constant accommodation” of Beijing.

Senior figures in Whitehall concede that the US administration is unhappy about some aspects of London’s Chinese charm offensive but that so far there is no concrete cost to the UK on intelligence-sharing or other things that matter.

But Nigel Inkster warns that vigilance is appropriate. “China is a country that deals in hard power and it’s a country that’s never been shy about pursuing its own self interest. If the UK demonstrates any vulnerabilities, these will likely be taken advantage of.”

As China’s president arrives in the UK and the pageantry of a state visit unfolds, the architect of the “golden era”, George Osborne, may have his fingers crossed behind his back, praying that his Chinese gold rush hits the jackpot and doesn’t turn into a flash in the pan or something worse.

Carrie Gracie’s film, The Xi Factor, is on BBC Panorama on BBC One at 20:30 BST on 19 October and will be available later via iPlayer. She will also examine the relationship between Britain and China: The Golden Decade? on BBC Radio 4 at 20:00 BST on 19 October. 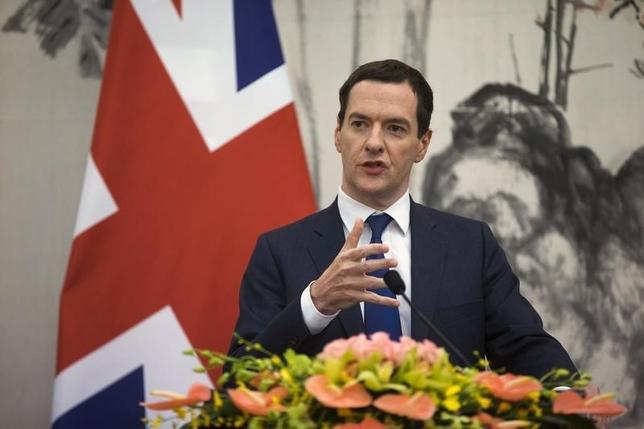 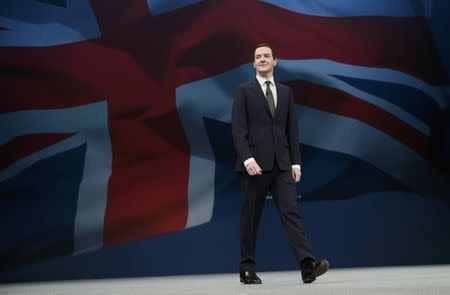