US Congressional-Executive Committee on China(www.cecc.gov) released a 336-page report that describes Communist China’s oppressive, repressive, brutal rule over Tibet. Red China’s use of power is cruel and unjust. Red China uses authority to overpower, to subdue, to crush, and to trample down any sign of Tibetan resistance that may question the legality of Red China’s governance of Tibet. US Congress has to categorically acknowledge Red China as “Usurper” of power in Tibet. Red China has taken, has assumed, has seized, and is in possession of Tibet without right. Red China’s actions in Tibet are illegal, arbitrary, despotic, violent, and remain unlawful.

US CONGRESS: CHINA TODAY IS MORE REPRESSIVE AND MORE BRUTAL

Washington, DC — An annual report released this week by the US Congressional-Executive Committee on China (CECC) criticised Beijing’s treatment of ethnic minorities, and noted deteriorating conditions in Xinjiang and Tibet.

The 336-page said it saw “a disturbing deterioration in human rights and rule of law conditions that pose a direct challenge to US national interests and US-China relations”.

The US commission said China was moving further away from a rule of law system and had increased pressure on civil society.

The Commission said that Beijing persists with its repressive policies in Tibet, denying adequate rights to Tibetans from protecting their culture, language, religion, and environment.

The annual report stated that “authorities continued to rein in media, opinion-makers, and Internet and social media users critical of government policies by shutting down popular chat site accounts, requiring real-name registration of accounts, and blocking services that allow Internet users to circumvent China’s “Great Firewall.” Foreign journalists continued to report harassment, surveillance, and restrictions on the free flow of news and information.”

The report recommends “greater public expression, including at the highest levels of the U.S. government, on the issue of press and Internet freedom; the expanded distribution of proven technologies to circumvent Internet restrictions in China; and the inclusion of the freedom of cross-border information as part of negotiations for the U.S.-China Bilateral Investment Treaty or future trade negotiations with China.”

The US report also noted deteriorating conditions in ethnic minority areas, from increased violence in the Xinjiang Uyghur Autonomous Region to harsher security measures and efforts to control Tibetan Buddhism in the so-called Tibet Autonomous Region. In addition, as Tibetan self-immolations continued, the Commission observed no sign of Chinese interest in resuming the long-stalled dialogue with the Dalai Lama’s representatives.

The report concluded that the Chinese government can best promote stability by respecting ethnic minorities’ right to maintain their language and culture and to practice freely their religion and urged Chinese administration to address these issues at bilateral security dialogues and exchanges with Chinese military or police officials.

The report contains numerous other recommendations, including advocating the use of the Commission’s extensive Political Prisoner Database, with information on over 1,300 currently detained political and religious prisoners.

The report further recommended the US Congress and administration to urge the Chinese government to allow the free flow of information regarding incidents of violence in ethnic minority regions; allow journalists and international observers access to those areas in line with international standards; and ensure that U.S. counter-terrorism cooperation arrangements do not endorse the Chinese government’s suppression of its people.

Speaking at the release of the report, Representative Chris Smith, Chair of the Commission, said, “It has been another punishing year for human rights in China, as this report documents so well. President Xi has presided over an extraordinary assault on the rule of law and civil society using repressive and retrograde policies that threaten freedom advocates in China and challenge both U.S. interests and U.S.-China cooperation and goodwill.”

“U.S. leadership on human rights is needed now more than ever. We must not compromise on the need for fundamental freedoms or shy away from those who seek them. Clearly, our long-term strategic interests depend on the advance of human rights and the rule of law in China,” he added.

The report provides detailed analysis on 19 human rights and rule of law issues and offers specific recommendations on ways to make progress on these issues in the broader U.S.-China relationship. The full report can be accessed on the CECC’s website(www.cecc.gov).

Unless otherwise indicated, all materials on these pages are copyrighted
by The The Tibet Post International. 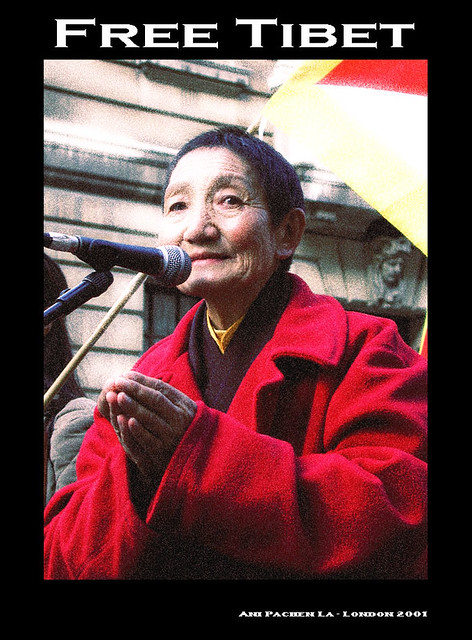