The New York Review of Books reviewed the book, ‘TIBET: THE CIA’S CANCELLED WAR’ by Jonathan Mirsky. My readers may know that Central Intelligence Agency or CIA has no constitutional powers to wage wars or to make treaties. I am glad to inform my readers that the War is not over; Tibetan Resistance Movement is alive and Red China’s military occupation is opposed with patience and perseverance while Tibetans continue to endure pain and suffering.

The New York Review of Books

For much of the past century, US relations with Tibet have been characterized by kowtowing to the Chinese and hollow good wishes for the Dalai Lama. As early as 1908, William Rockhill, a US diplomat, advised the Thirteenth Dalai Lama that “close and friendly relations with China are absolutely necessary, for Tibet is and must remain a portion of the Ta Ts’ing [Manchu] Empire for its own good.” Not much has changed with the Fourteenth Dalai Lama one hundred years later. After a meeting in 2011 with President Obama in the White House Map Room—the Oval Office being too official—the Dalai Lama was ushered out the back door, past the garbage cans. All this, of course, is intended to avoid condemnation from Beijing, which regards even the mildest criticism of its Tibet policy as “interference.”

However there was one dramatic departure from the minimalist approach. For nearly two decades after the 1950 Chinese takeover of Tibet, the CIA ran a covert operation designed to train Tibetan insurgents and gather intelligence about the Chinese, as part of its efforts to contain the spread of communism around the world. Though little known today, the program produced at least one spectacular intelligence coup and provided a source of support for the Dalai Lama. On the eve of Richard Nixon’s historic 1972 meeting with Mao, the program was abruptly cancelled, thus returning the US to its traditional arm’s-length policy toward Tibet. But this did not end the long legacy of mistrust that continues to color Chinese-American relations. Not only was the Chinese government aware of the CIA program; in 1992 it published a white paper on the subject. The paper included information drawn from reliable Western sources about the agency’s activities, but laid the primary blame for the insurgency on the “Dalai Lama clique,” a phrase Beijing still uses today.

The insurgency began after the People’s Liberation Army invaded Tibet following its defeat of the Nationalists, and after Beijing forced the Dalai Lama’s government to recognize Chinese administration over the region. In 1955, a group of local Tibetan leaders secretly plotted an armed uprising, and rebellion broke out a year later, with the rebels besieging local government institutions and killing hundreds of government staff as well as Han Chinese people. In May 1957, a rebel organization and a rebel fighting force were founded, and began killing communist officials, disrupting communication lines, and attacking institutions and Chinese army troops stationed in the region.

By that point, the rebellion had gained American backing. In the early 1950s, the CIA began to explore ways to aid the Tibetans as part of its growing campaign to contain Communist China. By the second half of the decade, “Project Circus” had been formally launched, Tibetan resistance fighters were being flown abroad for training, and weapons and ammunition were being airdropped at strategic locations inside Tibet. In 1959, the agency opened a secret facility to train Tibetan recruits at Camp Hale near Leadville, Colorado, partly because the location, more than 10,000 feet above sea level, might approximate the terrain of the Himalayas. According to one account, some 170 “Kamba guerrillas” passed through the Colorado program.

While the CIA effort never produced a mass uprising against the Chinese occupiers, it did provide one of the greatest intelligence successes of the Cold War, in the form of a vast trove of Chinese army documents captured by Tibetan fighters and turned over to the CIA in 1961. These revealed the loss of morale among Chinese soldiers, who had learned of the vast famine that was wracking China during The Great Leap Forward. Over the next decade, however, there was growing disagreement in Washington over the CIA’s activities in Tibet, and in 1971, as Henry Kissinger prepared for Nixon’s meeting with Mao, the program was wound down.

“Although Tibet may not have been on the table in the Beijing talks, the era of official US support for the Tibetan cause was over,” recalled John Kenneth Knaus, a forty-year CIA veteran, in his 1999 book Orphans of the Cold War: America and the Tibetan Struggle for Survival. “There was no role for Tibet in Kissinger’s new equation.” By 1975, President Gerald Ford was able to say to a skeptical Deng Xiaoping, China’s future leader, “Let me assure you, Mr. Vice-Premier, that we oppose and do not support any [United States] governmental action as far as Tibet is concerned.”

In 1999, I asked the Dalai Lama if the CIA operation had been harmful for Tibet. “Yes, that is true,” he replied. The intervention was harmful, he suggested, because it was primarily aimed at serving American interests rather than helping the Tibetans in any lasting way. “Once the American policy toward China changed, they stopped their help,” he told me. “Otherwise our struggle could have gone on. Many Tibetans had great expectations of CIA [air] drops, but then the Chinese army came and destroyed them. The Americans had a different agenda from the Tibetans.”

This was exactly right, and the different goals of the Agency and the Tibetans are explored fully by the Tibetan-speaking anthropologist Carole McGranahan in her Arrested Histories: Tibet, the CIA, and Memories of a Forgotten War (2010). Although sometimes clouded by anthropological jargon, her account fascinatingly explores how differently from their American counterparts the Tibetan veterans remember the CIA operation. A striking example is the matter of the Chinese army documents, whose capture in a Tibetan ambush of a high-ranking Chinese officer is depicted in grisly detail in a huge painting in the CIA’s museum in Washington. In addition to revealing low Chinese morale, the documents disclosed the extent of Chinese violence in Tibet. “This information was the only documentary proof the Tibetan government [in exile] had of the Chinese atrocities and was therefore invaluable,” MacGranahan notes. Yet the documents and their capture rarely came up during her long interview sessions with the veterans. “Why is it that this particular achievement, so valued by the US and Tibetan governments, is not remotely as memorable for [the] soldiers?”

One reason is that the Tibetan fighters were told nothing about the value of the documents, which they couldn’t read. One veteran explains to her:

Our soldiers attacked Chinese trucks and seized some documents of the Chinese government. After that the Americans increased our pay scale. Nobody knew what the contents of those documents were. At that time, questions weren’t asked. If you asked many questions, then others would be suspicious of you.

The leader of the ambush tells her that “as a reward the CIA gave me an Omega chronograph,” but he, too, had little knowledge of the documents’ importance. As McGranahan shows in extensive detail, the veterans were preoccupied above all by their devotion to the Dalai Lama, whom they wanted to resume his position as supreme leader of an independent Tibet.

After the CIA mission was ended, Tibet became increasingly marginal to Washington’s China policy, as Knaus has now made clear in a second book, Beyond Shangri-la: America and Tibet’s Move into the Twenty-First Century. The reality is that American presidents now face a world power in Beijing. In language that sums up the cats-cradle of American justifications for ignoring Tibet, ex-Assistant Secretary of State for East Asia Marshall Green recalls to Knaus, “there was nothing we could do to help the Tibetans except by improving our relations with the Chinese Communists so that we might be in a position to exert pressure on them to moderate their policies towards the Tibetans.” Green “admitted that this was ‘perhaps a rationalization.’”

President Obama will soon meet the new Chinese leader, Xi Jinping. His advisers will have reminded him of the encounter between his predecessor, Bill Clinton, and then-Chinese president Jiang Zemin on June 27, 1998. In that meeting, Clinton assured Jiang that, “I agree that Tibet is a part of China, an autonomous region of China. And I can understand why the acknowledgement of that would be a precondition of dialog with the Dalai Lama.” Banking on his well-known charm, Mr. Clinton added, “I have spent time with the Dalai Lama. I believe him to be an honest man, and I believe if he had a conversation with President Jiang, they would like each other very much.” Jiang, it is reported, threw back his head and laughed. Clinton’s suggestion was omitted from the official Chinese transcript. 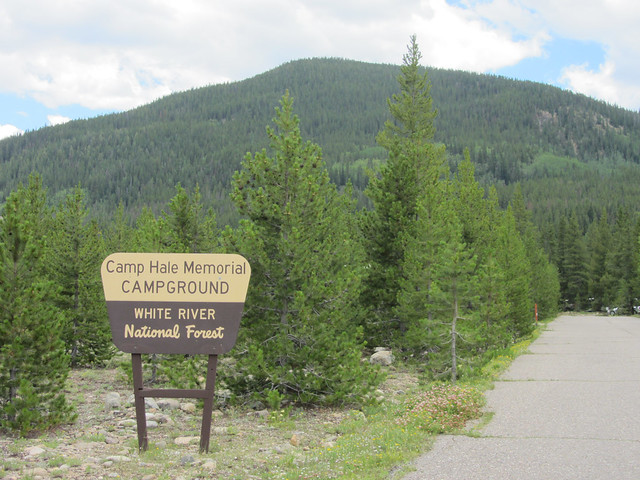