TIBET AWARENESS – “I STAND WITH TIBET”

As His Holiness the Dalai Lama cancels October appearances in the US after being advised to rest, I want to reaafirm that “I STAND WITH TIBET.”

Dalai Lama cancels October appearances in the U.S. after being advised to rest

Dalai Lama. Tibetan spiritual leader the Dalai Lama, left, greets devotees as he arrives to give a talk on Sept. 7 at the Tsuglakhang temple in Dharmsala, India. (AP files)

MINNEAPOLIS — The Dalai Lama canceled his U.S. appearances in October after doctors at Minnesota’s Mayo Clinic advised him to rest, his office said Friday.

The 80-year-old Tibetan Buddhist leader was at the Mayo Clinic in Rochester this week for what was described as a routine checkup.
“The doctors have advised His Holiness to rest for the next several weeks,” his office said in a statement on its website Friday. “We deeply regret the inconvenience caused by this decision and apologize to all the people who have worked so hard in organizing the visit as well as to the public.”

The statement gave no more details about the Dalai Lama’s condition and representatives did not immediately respond to an email from The Associated Press seeking additional comment.

The University of Colorado and the Tibetan Association of Colorado had announced earlier Friday that the Office of Tibet in Washington, D.C., informed them a planned visit would be canceled. The Dalai Lama had been scheduled to appear at the university Oct. 20-21.

Besides the trip to the school in Boulder, Colorado, the Dalai Lama’s schedule had listed appearances in Salt Lake City and Philadelphia next month.

Mayo Clinic, where the Dalai Lama has made regular visits in past years, on Thursday confirmed his most recent visit for evaluation but released no details, as is routine.
Mayo spokeswoman Ginger Plumbo said Friday she had no further information to release and wouldn’t confirm whether he had left the clinic.

A secretary to the Dalai Lama, Chime Rigzin, told AP on Thursday that the Dalai Lama had been to the clinic and had had no health complaints. Rigzin told AP test results were fine and the Dalai Lama would soon be returning to Dharamsala, India.

The Dalai Lama had been scheduled to make two appearances at the University of Colorado on Oct. 20 and 21. The first was an event open only to students, faculty and staff, and the second appearance was a public teaching and talk on training the mind and compassion.

University of Colorado event planners were notified by the Office of Tibet about the cancellation Friday morning, university spokesman Ryan Huff said. The visit had been in the works for nearly two years.

“We’re certainly saddened by this news but we also hope the Dalai Lama’s health improves very quickly and someday he may be able to come to campus,” said Huff, who acknowledged that it would take a long time to plan another visit.

The Dalai Lama also was scheduled to receive an award from the National Constitution Center in Philadelphia on Oct. 26. The center’s president and CEO, Jeffrey Rosen, said officials are working with the Dalai Lama’s office to see if a representative can accept the award in his absence.
“Our thoughts and prayers are with the Dalai Lama as he recovers his strength,” Rosen said.

Lobsang Tsering, president of the Utah Tibetan Association, said the Salt Lake City visit from Oct. 17-19 included an invitation to a world relations conference, a public talk at the University of Utah and a dedication of the new Tibetan Association Community Center.

Tsering said when he learned of the cancellation, “my heart dropped.” But he said that for Tibetan people, “the most important thing is the well-being of His Holiness. And we all know he needed a rest.”

The material on this site may not be reproduced, distributed, transmitted, cached or otherwise used, except with the prior written permission of MLive Media Group. 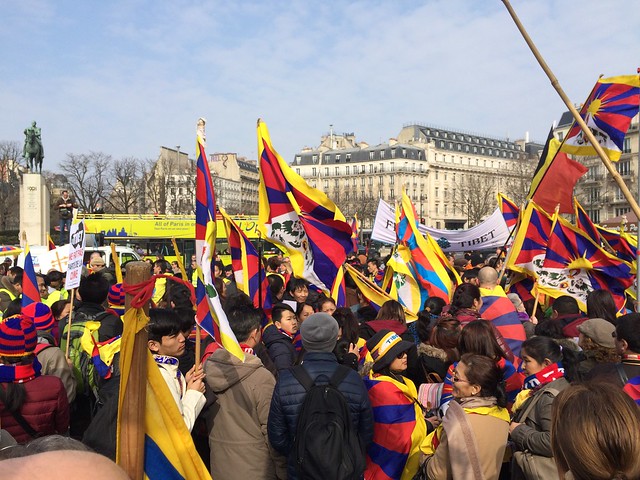 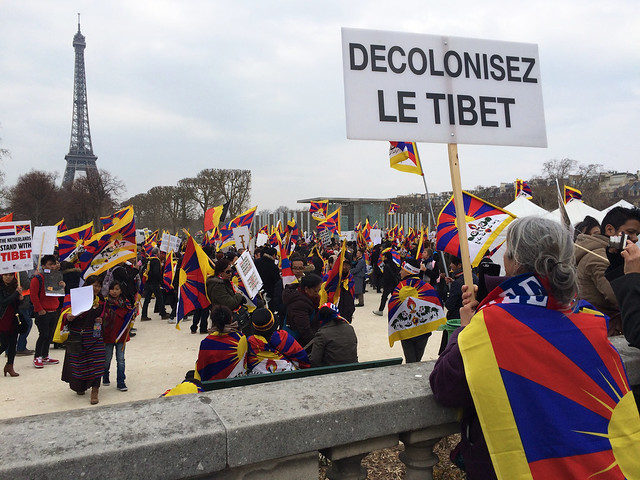