For all practical purposes, Full Independence of Tibet is the only solution for Tibet issue. Red China is opposed to relaxing its military grip and is promising to continue ruling Tibet with Iron Fist without conceding a genuine demand of meaningful autonomy for Tibet. United Front Work Department of the Communist Party of China Central Committee held 6th Tibet Work Forum in Beijing on August 24-25. It announced, “The Central Government neither did in the past, nor now or in the future will ever accept the Middle Way solution to the Tibet issue.” Red China’s President Xi Jinping repeated the same statement confirming that the ‘Middle Way’ proposed by the Dalai Lama group will never be accepted. 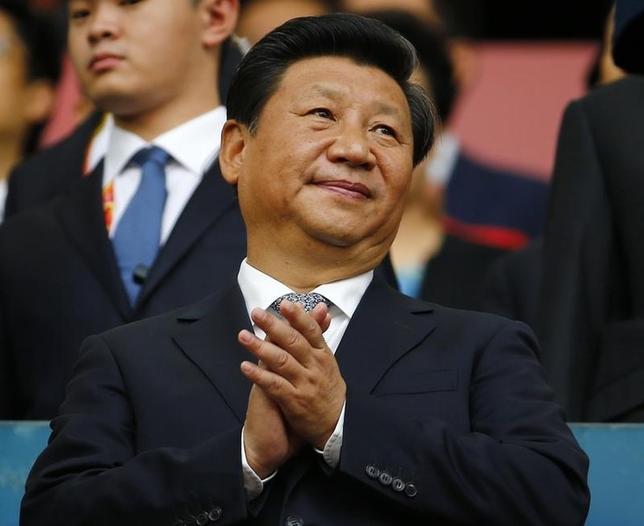 This year marks several sensitive anniversaries for the remote region that China has ruled with an iron fist since 1950, when Communist troops marched in and took control in what Beijing calls a “peaceful liberation”.

It is 50 years since China established what it calls the Tibet Autonomous Region and the 80th birthday of Tibetan spiritual leader the Dalai Lama, who has lived in exile in India since fleeing Tibet in 1959 following an abortive uprising.

At a two-day conference this week of the senior leadership about Tibet, only the sixth ever held, Xi repeated the government’s standard opposition to Tibetan independence, saying he would fight an “an unswerving anti-separatism battle”, state media said in comments reported late on Tuesday.
“We should fight against separatist activities by the Dalai group,” Xi was quoted as saying.

The Dalai Lama denies seeking independence, saying he only wants genuine autonomy for Tibet, something he calls the Middle Way and which Beijing believes is merely a smokescreen for independence, arguing Tibet already has real autonomy.

An accompanying commentary published by the United Front Work Department, which has led unsuccessful on-off talks with the Dalai Lama’s envoys, said the government had not accepted, and would never accept, the Middle Way.

The Middle Way seeks to cleave off one-quarter of China, as it would include historic parts of Tibet in neighboring Chinese provinces, the commentary, carried on the department’s WeChat account, said.
“The so-called ‘Middle Way’ is in essence a splittist political demand,” it said.

Activists say China has violently tried to stamp out religious freedom and culture in Tibet. China rejects the criticism, saying its rule has ended serfdom and brought development to a backward region.

Xi called for efforts to promote “patriotism among the Tibetan Buddhist circle and effectively manage monasteries in the long run, encouraging interpretations of religious doctrines that are compatible with a socialist society”, state media said.

There should also be more campaigns to promote ethnic unity and promote a sense “of belonging to the same Chinese nationality”, he added.
Tibet remains under heavy security, with visits by foreign media tightly restricted, making an independent assessment of the situation difficult.