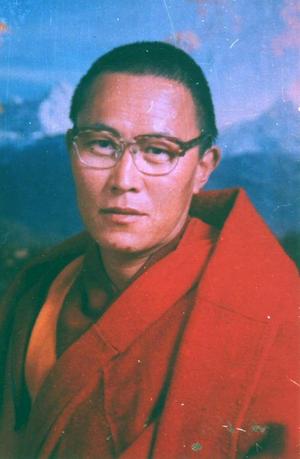 BEIJING A Tibetan monk who was one of China’s most prominent political prisoners has died in jail, a relative said on Monday, and a rights group said security forces were deployed after protesters gathered near a government office in his home region.

The United States, the European Union and international rights groups had called for the release of Tenzin Delek Rinpoche, 65, who was serving a 20-year sentence on charges of “crimes of terror and incitement of separatism”.

He died on Sunday in Chuandong prison in the southwestern city of Chengdu, his cousin, Geshe Nyima, told Reuters by telephone from India. The Tibetan government-in-exile, the Central Tibetan Administration, also confirmed his death.

“The fact that he was not even allowed medical parole and last wish of followers to see him reflects continuing hardline policies of the Chinese government,” said Lobsang Sangay, who heads the India-based administration.

“Such mistreatment will only generate more resentment among Tibetans.”

The U.S. State Department said it was saddened to learn that Tenzin Delek had died. “We hope Chinese authorities will investigate and make public the circumstances surrounding his death,” it said in a statement on Monday.

Rights group Free Tibet said security forces had been deployed in Tenzin Delek’s home county in China’s Sichuan Province, where thousands of Tibetans had gathered outside a government office near his monastery.

Reuters could not independently verify the protest and security response. Authorities in the area were not available for comment.

The cause of Tenzin Delek’s death was not clear, his cousin said, but rights groups had said he was suffering from a heart condition. Authorities notified his sisters about his death on Sunday, the cousin said.

Tenzin Delek was sentenced to death with a two-year reprieve in 2002, according to Students for a Free Tibet, a rights group that has campaigned for his release. The sentence was later commuted to life imprisonment and reduced to a term of 20 years.

“He is one of the most respected leaders,” said Dorjee Tseten, Asia director of Students for a Free Tibet. “His death is a shock for all of us.”

Tenzin Delek was also a supporter of the Dalai Lama, Tibet’s spiritual leader whom China says is seeking to use violent means to establish an independent Tibet.
The Dalai Lama, who has been living in exile in India since 1959 after an abortive uprising against Chinese rule, says he wants genuine autonomy for Tibet and denies espousing violence.

On Monday, China’s foreign ministry said it “firmly opposed” the participation of U.S. White House adviser Valerie Jarrett in a birthday celebration for the Dalai Lama in New York on July 10.

by Robert Birse and Paul Tait