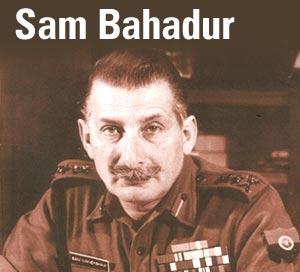 MY CONNECTION WITH THE ‘ PARSI ‘ COMMUNITY OF INDIA :

Parsis are the followers in India of the Iranian Prophet Zoroaster. The name means ” Persians “. According to tradition, the Parsis had initially settled at HORMUZ on the Persian Gulf and they sailed to India in the 8 th century. They form a well-defined community and they have retained almost unchanged the beliefs and customs of their ancestors. Just like other Indians, the Parsis consider the elements of Fire, Water and Earth as sacred. I would like to speak about two members of this community with whom I am connected with love and a great admiration.

In the year 1969, while I was a student at Kurnool Medical College, Kurnool, Andhra Pradesh, I was granted Short Service Commission and was selected to join the Indian Army Medical Corps in the rank of Second Lieutenant. I had joined the Army Medical Corps on 26 July, 1970 in the rank of Lieutenant. On completion of my training, I was promoted to the rank of Captain on 26 July, 1971. My first task was getting ready for the crisis that India was facing on account of the influx of the Bangla refugees. General Manekshaw was born in Amritsar, Punjab to Parsi parents. He became the 8th Chief of Staff of the Indian Army in 1969 and his distinguished military career has spanned four decades and through five wars, including World War II. He has the rare distinction of being honoured for his bravery on the battle front itself. He was awarded Military Cross for display of his valour in face of stiff resistance from the Japanese while he was leading a counter-offensive against the invading Japanese Army in Burma. He is the architect of India’s heroic victory in the 1971 INDO-PAK WAR. He had shown uncommon ability to motivate the troops and coupled it with a mature war strategy. He had masterminded the rout of the Pakistan Army in one of the quickest victories in recent military history. I take pride in my military service and my connection to ” SAM BAHADUR “. This military experience has helped me while I had participated in Military Security and Intelligence Operations at Strait of Hormuz, Persian Gulf during 1984 to 1986 while I had served in the Land Forces of Sultanate of Oman. I began my military service under the leadership of a member of the Parsi Community which had arrived in India from Hormuz area of Persian Gulf (IRAN) and my military career has fatefully ended at Headquarters Peninsular Security Force, KHASAB, on the shores of Persian Gulf at Strait of Hormuz while I was very actively involved in arresting the growth of Iranian influence in that area.

Feroze Gandhi was born into a Parsi family. He was a member of India’s first Parliament. He won his election in 1952 and in 1957 from Rai Bareilly constituency in Uttar Pradesh. His wife was his election manager. He was the husband of India’s first woman Prime Minister, Mrs. Indira Gandhi and the father of the former Indian Prime Minister Rajiv Gandhi. His grandson is a Member of Indian Parliament. Feroze died in 1960 but his name connects me to our beloved Prime Minister Indira Gandhi. I was a student in Kurnool Medical College in 1966 when Mrs. Gandhi was first appointed as the Prime Minister. I wrote her a personal letter to congratulate her and she had graciously responded to that letter. In 1967, I was in New Delhi to participate in a National Student Seminar for National Integration . Myself and other student delegates had a opportunity to meet Mrs. Gandhi at her residence and exchanged our views and expressed our concerns on several issues. After joining Indian Army, in 1971, I was deputed to the Office of the Directorate General of Security which functions under the supervision of the Prime Minister’s Cabinet Secretariat. It gave me an opportunity to understand the great leadership role played by Mrs.Gandhi and it provided me an insight into her foreign policy initiatives. Mrs. Gandhi’s decisive leadership had helped India to successfully test our first nuclear weapon.

Among several people who had participated in Operation Eagle 1971, I may mention the name of Flight Lieutenant PARVEZ JAMASJI of Indian Air Force, the Parsi helicopter pilot who had helped me with my battle casualty evacuation from Chittagong Hill Tracts to our Field Hospital at Lungleh, Mizoram.

Iran is an ancient land. We had trade and Cultural relations with Iran( PERSIA – THE LAND OF ARYANS ) for several centuries. People of Persian origin have immensely contributed to India in a variety of fields such as business, arts, architecture and public service. The Parsi community of India represents my connection to Iran.

4. Sangram Medal 1971 – A Story that I shared with the Director General of Armed Forces Medical Services – November 22, 2007

8. The Medical Plan for Fifth Army in Bangladesh – The experience of Madhurya in Chittagong Hill Tracts – August 18, 2009